In the words of Kermit the Frog, it's not always easy being 'green'... But when you have people like Sophia Martin '22 in your community, it certainly seems far more feasible!

In August of 2020 when Sophia returned to campus alongside her fellow Pioneers after considerable time away (WRA pivoted to online learning that year in March), it didn't take long for her to spot an opportunity for environmental action. To keep the dining halls crowd-free, WRA had brought in a vibrant food truck to traverse campus delivering meals, and the MAC Concession area and Ellsworth Hall became spots for grab-and-go style meals. A convenient solution for campus safety and wellbeing, but one that had a considerable point of concern. 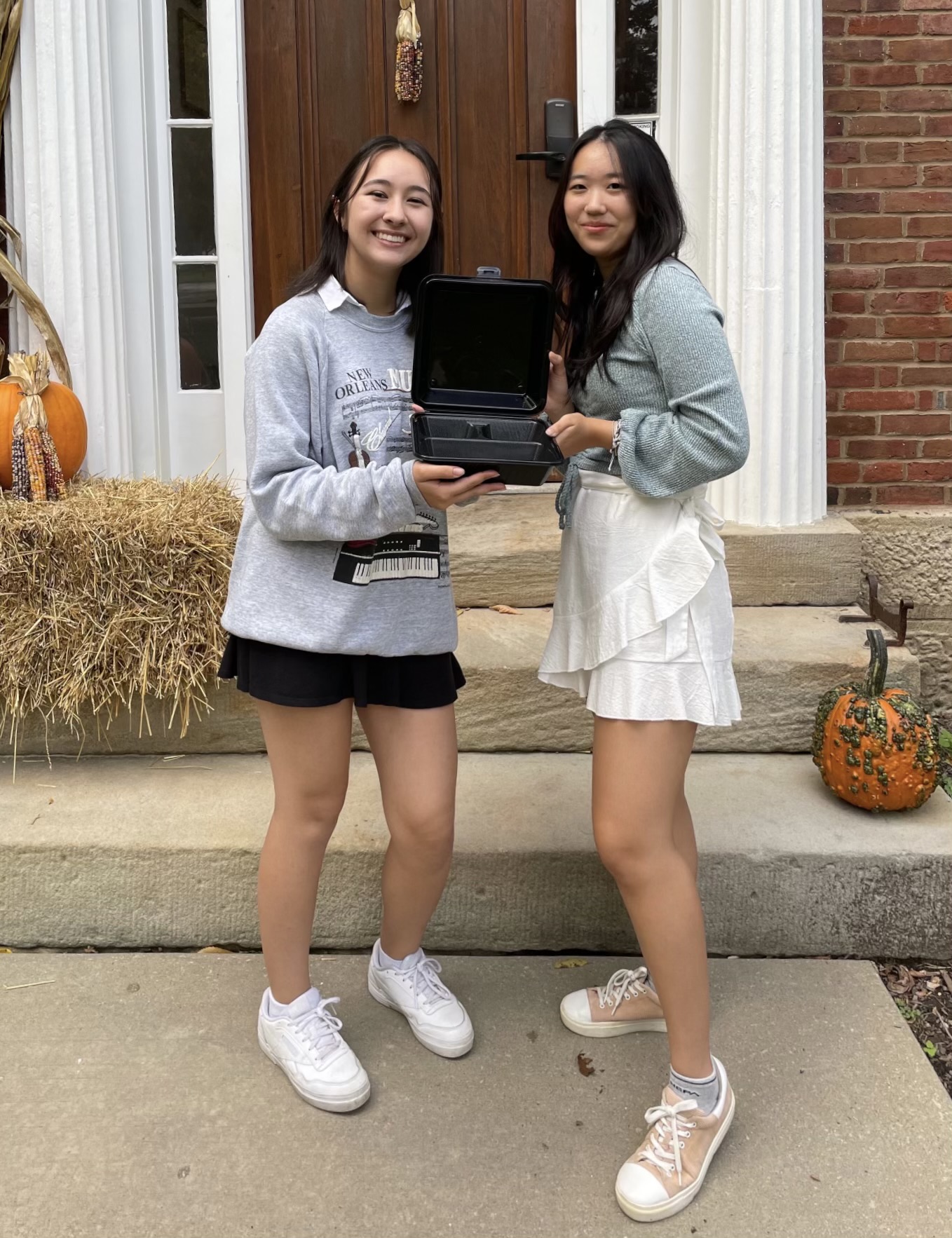 "We were suddenly using these plastic takeout containers, and I saw immediately that that was creating a lot of plastic waste," said Sophia, and this sparked inspiration for her Compass project which took shape as a container recycling program.

"If 50 people use takeout containers every day for one academic year, that adds up to 1.5 tons in plastic waste," she said during her Compass Speaks presentation in April 2021. "That's the weight of a small car, and that's only for 50 people."

Considering Reserve has 441 students enrolled this year, in addition to the many faculty and staff members who stop into Ellsworth Hall for at least one meal a day, this would be a seismic production of plastic refuse. But Sophia understood that providing a solution to an existing problem is just a short-term answer; real change happens when the whole community changes their behavior.

"To me, the bigger picture is focusing on the kind of waste we produce, how we can combat this and practice more sustainable behavior in the dining halls," said Sophia. "During my Compass Speaks presentation, I talked about how you can treat this like an upside-down pyramid. At the top, there's prevention, and in the middle, there's recovery, and at the bottom is recycling."

As Sophia explained, prevention is education-focused; it might look like pamphlets and posters in the dining hall to help others make informed choices. Recovery is about taking unwanted resources and redistributing them to people who want them. This could take shape through a program like MIT's "Foodcam," which automatically alerts campus goers when leftovers are up for grabs (this was, in fact, Sophia's original Compass idea, before the pandemic made her rethink the safety of encouraging food sharing).

"This year, I get to work on the recycling part of the process," said Sophia. "And that's where the grant comes in. I'm planning to use the funds to buy reusable containers and start a pilot program, which will include 50 volunteers. Originally I wanted to have a three-to-one container to student ratio to create a closed loop system. A student or faculty member could go to the dining hall, bring their container with them, fill it up with food and take it back to wherever they want or are supposed to go. On their next trip to the dining hall, they'd return it to be washed. They could do this for every meal."

Currently, Sophia is forecasting potential issues and how to resolve them, weighing the likelihood of someone wanting to be responsible for so many containers, how diligent they will be about returning used containers, how these containers will hold up against everyday use and the natural wear-and-tear of a day's journey around campus.

Ever solution-focused, Sophia has given each potential roadblock some serious thought.

"I was really concerned that people might just throw their container away, so I considered some kind of monetary system. Pomona College has a credit system with their reusable containers where a student will check one out for a credit and if you don't return it, you're charged $6, so there's an incentive to bring it back. My idea was to set up a $5 charge where you're technically paying to use the container but you get the $5 back when you return it."

The plastic containers have been ordered and arrived on campus recently. They are a sleek black and have enough compartments to fit a WRApotle burrito, some vegetable jambalaya, herb roasted potatoes and maybe a cookie!

As she plans the launch of her program, Sophia is both focused on the present and the future of this initiative and how to sustain its survival after she graduates this spring. But she, of course, already has a solution in mind and has brought in Sammy Shin '24 to co-pilot the program and continue its legacy post-Commencement.

"Ideally, we're going to help build a community that recognizes the value of sustainable practices like these," said Sophia. "We have so many opportunities to practice this kind of care and respect for the environment, and part of that is giving thought to what we're consuming and what we're wasting. And in my mind, I want to put this into practice before I head off to college so it just becomes part of the routine and lives on after I graduate. That is why I'm so glad that Sammy will be a part of this, because it'll help keep this going and continue our efforts to build a community of mindful consumers."

Sophia and Sammy are currently seeking volunteers for the Eco-Takeout Pilot. If you're a member of faculty or staff or a student of Reserve, you can sign up to participate here.