All are welcome to join us for a production of "Something Rotten!" in the Knight Fine Arts Center theater.

The performance is free! No tickets required. 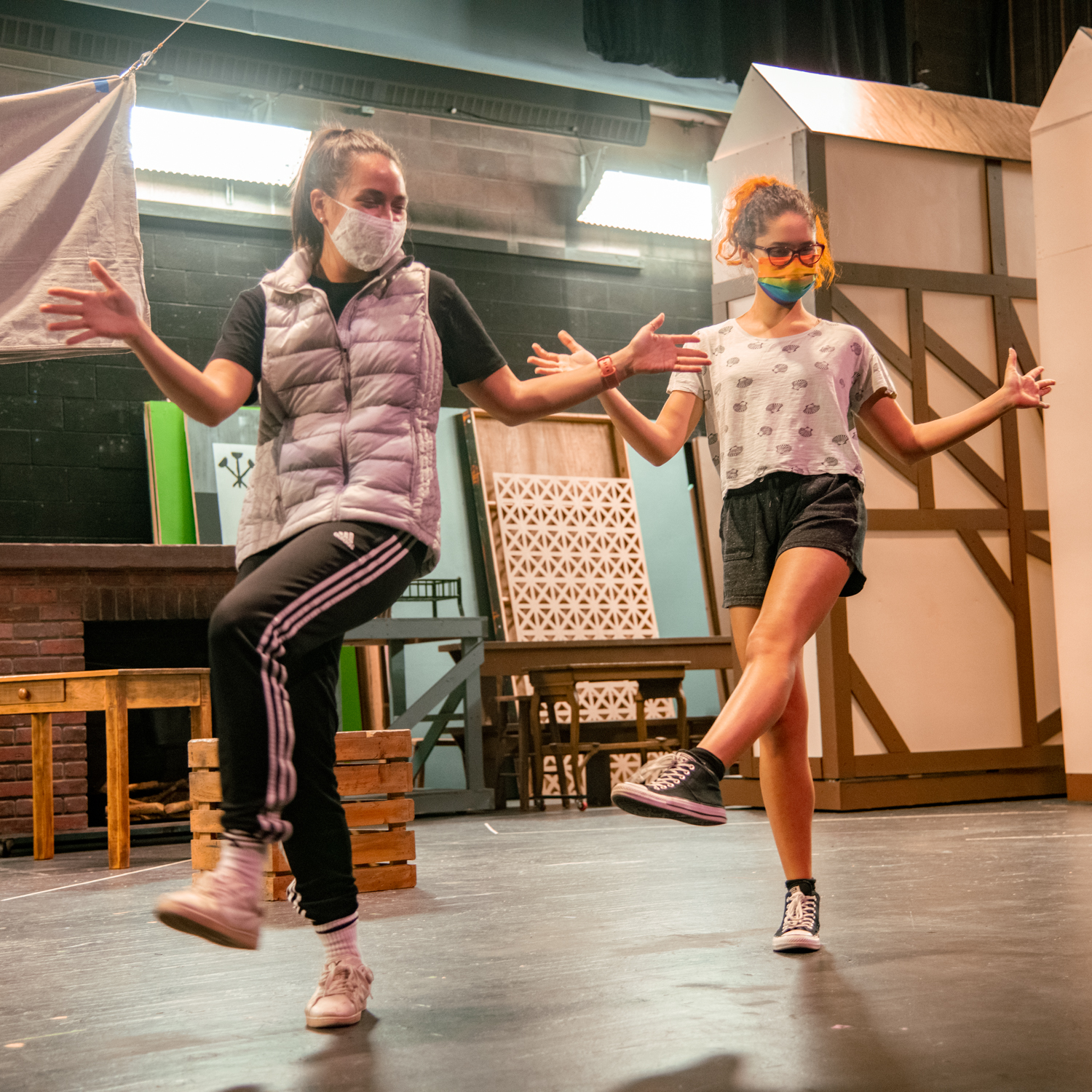 There is something for everyone in "Something Rotten!" — a jaunty show by playwrights Karey Kirkpatrick and John O'Farrell that is more ridiculous and fun than a trip to a Renaissance fair.

Nick Bottom, a struggling playwright in Elizabethan England, desperate to escape the shadow of that "pompous little man" William Shakespeare ("God, I Hate Shakespeare"), embarks on a mission with his brother Nigel to discover the next big thing in theater. Aided by the miscalculated foresight from the soothsayer Nostradamus (no, not THAT Nostradamus — his nephew Thomas), Nick pens the world's first musical,"Omelette" (à la "Hamlet") and thus, musical theater is born.

"Something Rotten!" could be described as a rhapsody and homage to musical theater, positively overflowing with subtle and overt references to everything from "West Side Story" to "The Lion King." It's a Theater and English major's paradise, filled with clever wordplay and nods to those classic musical theater conventions; an irresistible romp, full of humor and heart; and a first-ever for Western Reserve Academy's Knight Fine Arts Center stage.

"I applied for the rights the day I found out that rights were available," said Director Midge Karam, a Fine & Performing Arts Department faculty member. She saw the production both on Broadway and when the company toured through Cleveland, as did several students and faculty members, and the consensus was that this is a truly silly and delightful musical (we hear History Department faculty member Diccon Ong fell out of his seat laughing).

"I love it," she remarked. "It's an awesome show — it's funny but it has really nice messages, too, and a lot of heart. I think we can always use some light and laughter, and this show is perfect for that."

We can look forward to strong performances from our cast members, several of whom bring previous KFAC experience, such as Griffin Arnold '22, Sarah London '22, Carter Frato-Sweeney '22, Alex Newman '24 and Taylor Harper '22, as well as new performers (or performers who previously held small roles).

But as always, the strength of the show comes from more than our cast of fine actors. We have students working alongside Technical Theater Director Brandon Davies to build a set that takes us back to the Elizabethan era, as well as a crew who will keep the show running smoothly behind the scenes. Stage Manager Mykal Sims-Bailey '22 has been keeping everyone on task, we have two student-dance captains, Isa Mester '22 and Rachel Ott '23, assisting in the choreography, and as always, you'll find Pioneers performing in the pit with fellow musicians.

Director of Dance Katie Velbeck and Assistant Director of Dance Ali Anzaldi '13 are each responsible for two of the major dance numbers (because in a show that pays its respects to musical theater, you need a couple of show stoppers). Fine & Performing Arts Department Chair Carol Parker Mittal is leading the costume design alongside Fine Arts faculty member Donalee Ong, pulling from a foundation of Madrigal Feaste costumes to deconstruct and reconstruct them into something new. And, Karam admits, it's attire that's just a lot of fun to wear! Rehearsals are slowly starting to include the Elizabethan garb, hoop skirts and all.

All in all, this is a production with a lot of hands at work, and Karam is generous with her praise and gratitude for everyone involved, particularly the students.

"I really like to allow kids to bring something to the production," she said. "It worked so well last year, with 'Working,' where students gave their input and we were able to try different things and see what worked. And when you have a show that pokes fun at musical theater conventions, you can get away with a lot and try a lot of different things. I think some students are surprised by this, the freedom to be creative. It can be scary for them, but I've always believed in pushing kids outside of their comfort zone. That's when they really grow."

Here's to growth and to a surefire hit! We look forward to taking in "Something Rotten!" and an evening full of high spirits and laughter. Break a leg, Pioneers!