Science Department Faculty Member Michael Bonomo is a man of many talents.

In addition to his classroom excellence teaching Physics and Chemistry, Bonomo coaches for the Swimming & Diving team. He was a three-time National Champion swimmer at Kenyon College, setting records in the mile and earning 10 All-American Awards for Division III during his career.

And now, there's another skill of his that is earning recognition on a national level: woodworking.

Bonomo created a furniture piece that was recently featured in Wood Magazine, a nationally-circulated woodworking publication. He crafted the pine hallway table with his 10-year old son, Ryan.

As Bonomo's first attempt at a new woodworking technique, he elected to use pine for the project instead of the more expensive hardwoods. Pine also was more conducive to the fashionable, distressed look he was going for.

Bonomo used template routing to create the table before painting and treating the surface. The project was son Ryan's first foray into woodworking, and it's safe to say that his first experience was a great success.

In the end, the finished product turned out to be an elegant hallway furniture piece with lovely curvature and a tiled top. Wood Magazine receives numerous submissions of reader's work from across the country, but Bonomo's piece stood out from the rest. This was actually the second time his work has been shown in Wood Magazine, and he hopes to continue learning and mastering the medium. 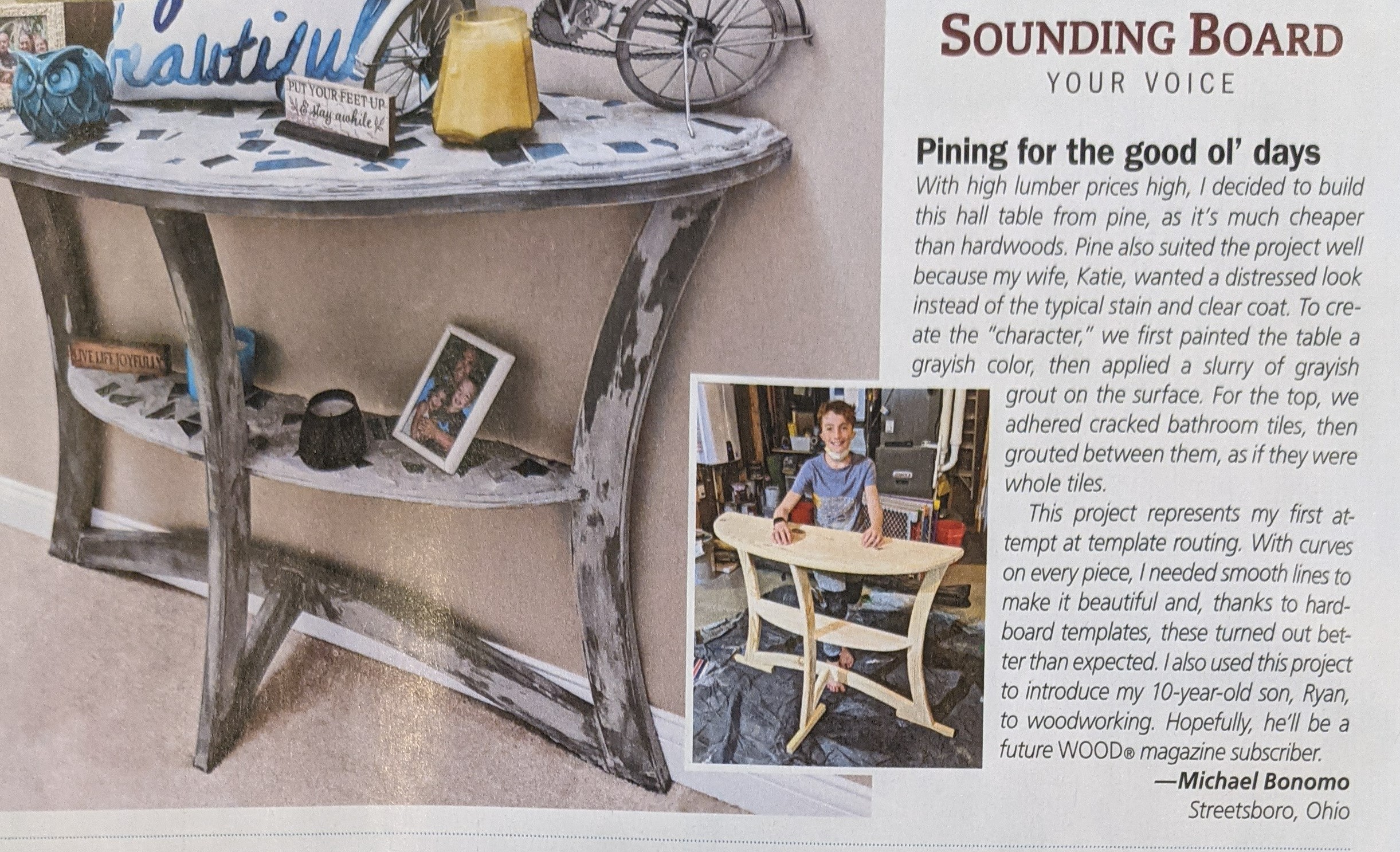