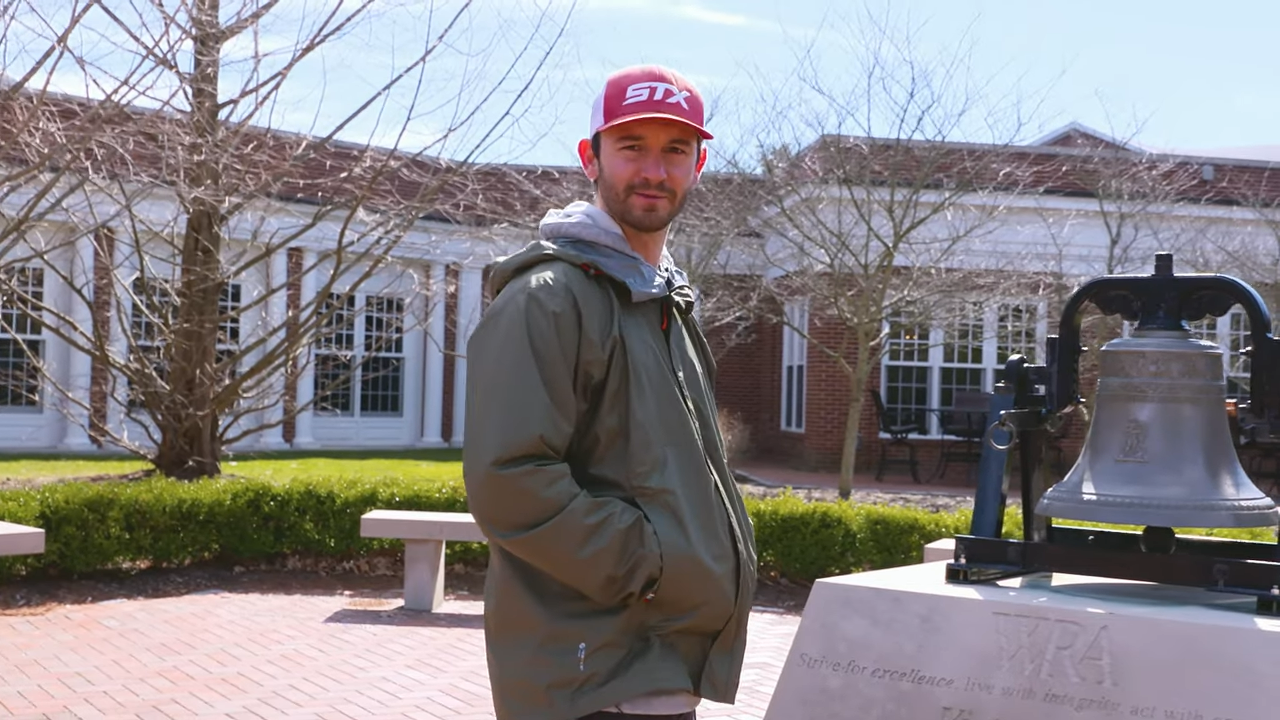 The WRA Lacrosse Coaching Staff is thrilled to welcome back WRA grad Kyle Bernlohr '11 as a new assistant coach for the team. Bernlohr's multitude of lacrosse athletic achievements span a decade. He joins Head Coach Dylan Sheridan '02, resuming a history of co-coaching that began when Sheridan and Bernlohr coached at Cleveland State University.

Last March, Bernlohr returned to WRA to record an episode of STX's "Back to School" YouTube series. Bernlohr is sponsored by STX, which is currently in partnership with Reserve. While here he also taught a clinic and attended a game. The seven-minute STX tour of campus follows Bernlohr from the Victory Bell to Brick Row to the MAC.

Bernlohr has reached the highest level in the sport as a professional player with the 2019 and 2020 champion Whipsnakes. Other accomplishments include HS All-American, College All-American, two-time nominee for the Oren Lyons Goalie of the Year. While playing at the University of Maryland, Bernlohr was a 2016 First Team All-Big Ten, a 2016 Big Ten All-Tournament Team selection, the 2015 Ensign C. Markland Kelly, Jr. Award Winner for the Nation's Most Outstanding Goalie, a 2015 First Team All-America (USILA) selection, a 2015 First Team All-Big Ten selection and a 2015 NCAA All-Tournament Team selection.

In short, he's perhaps one of the most decorated athletes to graduate from Reserve, and we are honored to welcome him back to mentor our lacrosse athletes, helping guide them toward their own successes and goals.