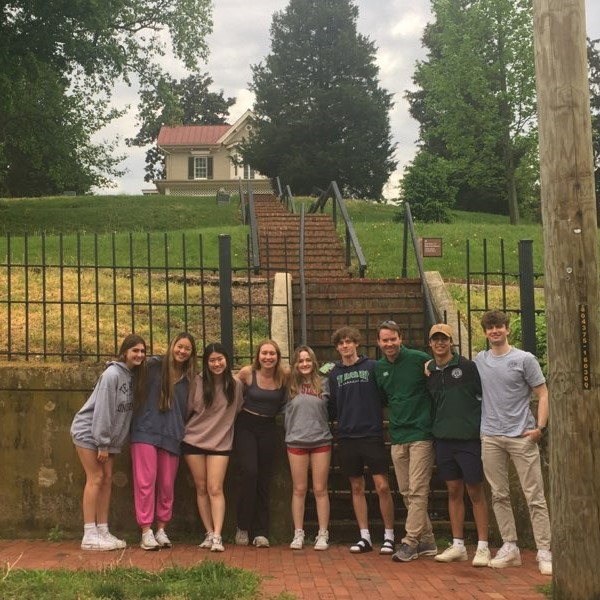 There were 8 students who made the trek to the nation's capital as the group walked in Douglass' footsteps. One of the key destinations was Douglass' final home, called "Cedar Hill", which is situated overlooking the Anacostia River and the D.C. skyline.

The Frederick Douglass National Historic Site is now located at this very spot, where he lived with his family for nearly 18 years until he passed away in 1895. Students were able to view the home, tour the National Museum of African American History and Culture, and walk through the National Mall.

Throughout the semester, the CL Frederick Douglass has engaged with some of the nation's top historians in pursuit of understanding the significance of Douglass' life, words and actions. Students have discussed and examined the writings of Douglass, who notably gave the 1854 Commencement Address at WRA in front of the Chapel.

The D.C. trip, a fantastic opportunity to encounter historic venues firsthand, also provided students with insights for their final paper projects on the life of Frederick Douglass.

A huge thank you goes out to Ms. Shelagh Meehan, mother of Tate Smyth '22, for her hospitality in hosting the group. The trip was supported and made possible through the generosity of the Johnson family, parents of Arthur Johnson '22.