In the game of soccer, there's no greater honor than to be selected to represent your country.

We are excited to be cheering on our very own Jared Pena '25, who is competing for the Philippines in the ASEAN Football Federation U16 Youth Championship! An incoming sophomore, Pena was a significant contributor to WRA's successes last fall in just his first year of high school.

Not only did Pena make the Philippines U-16 National Team roster, but he was also chosen to serve as the team's captain. Hosted in Indonesia, the AFF U-16 Youth Championship runs from July 31 to August 12 and represents the teams of 12 countries.

The Philippines came up just short against the host country in their opening match, falling to Indonesia 2-0 on Sunday. However, their tournament hopes are still very much alive; they'll have the chance to bounce back on Wednesday, August 3, when they face off with Vietnam.

Because the tournament includes a group stage format, each country plays 3 games and the standings determine who moves on based on record and goal differential. Game 3 for the Philippines will be on Saturday, August 6 against Singapore.

Should they move on to the knockout round, they would play again next week and the tournament would conclude a few weeks before fall varsity athletes are set to arrive back in Hudson. WRA Boys Soccer, who amassed a 10-4-3 record last fall, will undoubtedly benefit once again from Pena's talent and playmaking ability in the upcoming 2022 campaign.

Congratulations to Jared (#8 in the picture), and best of luck in the games ahead! 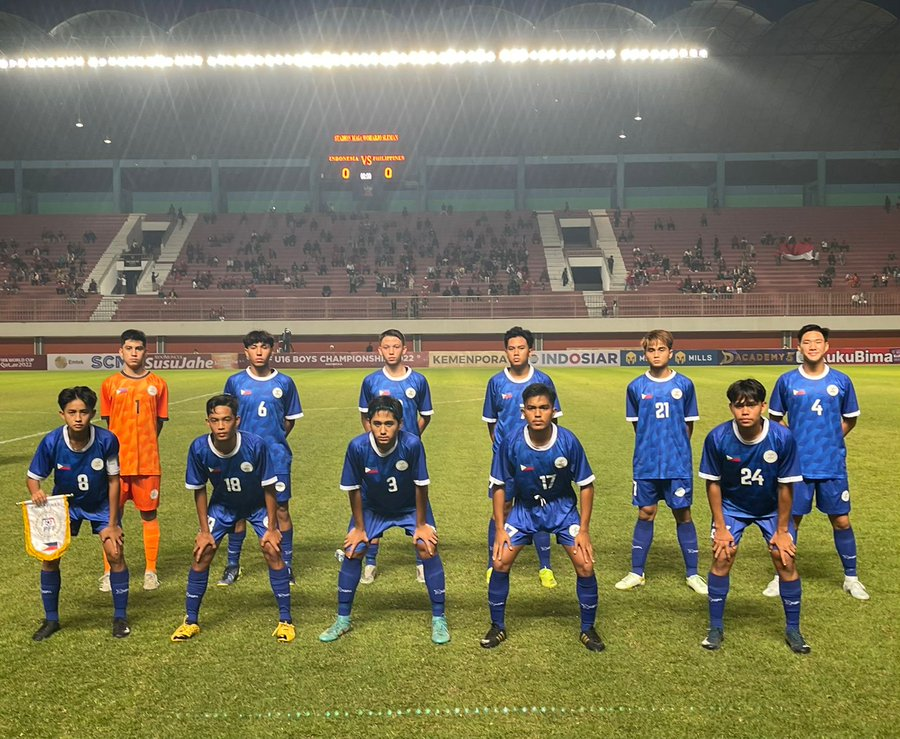