Patrick Oppmann '96: Reserve was the Beginning of My Great Adventure 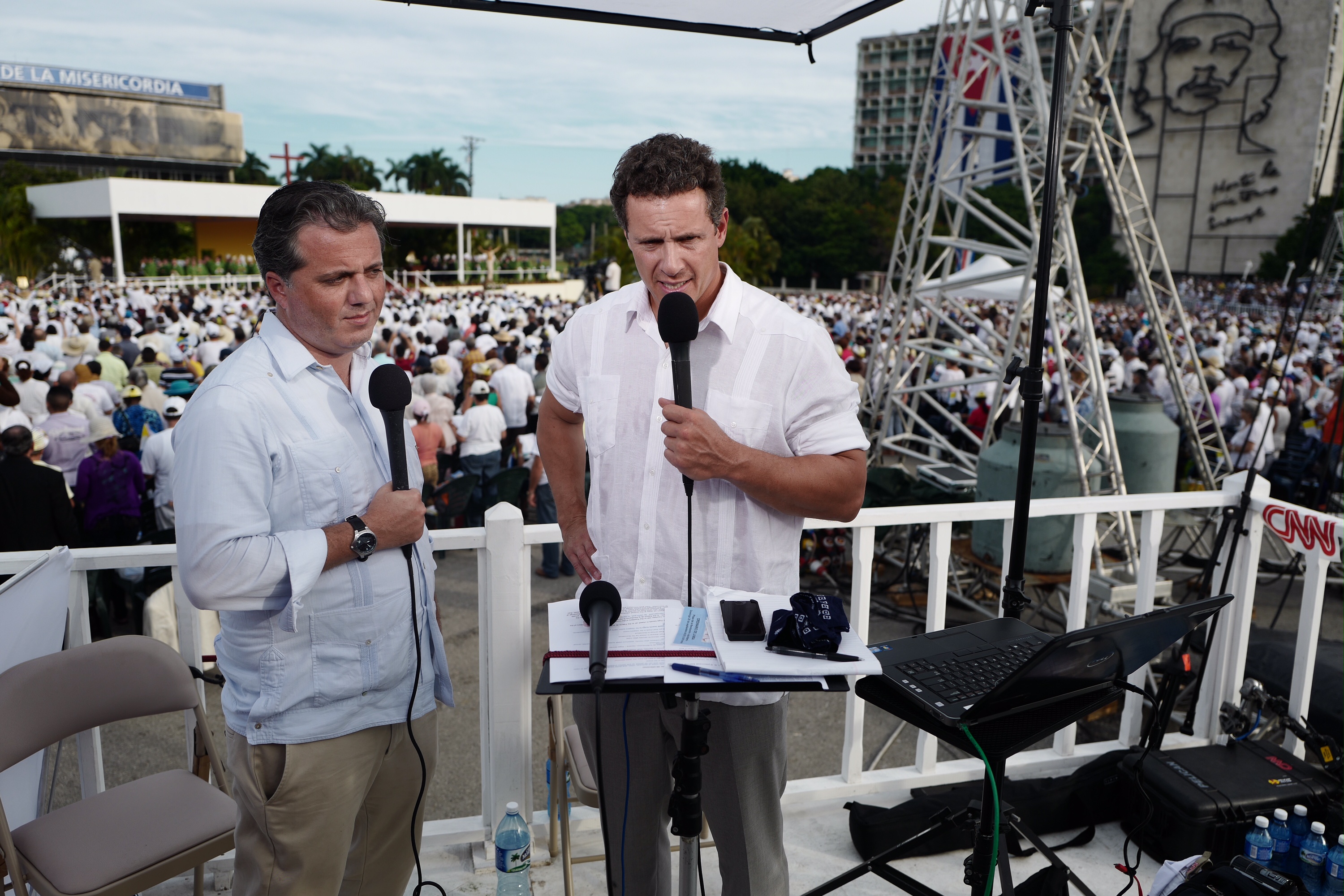 Patrick Oppmann '96, CNN's Havana-based correspondent, covers Cuba and the surrounding region for all of the network's platforms. Active on twitter @CNN_Oppmann, Mr. Oppmann uses social media to show the world what he sees every day, "a country changing." His Instagram, "Cubareporter" has been featured as one of the few western media outlets the Cuban government allows. Recently, we had the privilege of conducting a phone interview with him. We talked about what it's like to be the reporter on the ground during a hurricane and how Western Reserve Academy helped ignite the flame for his love of the Spanish language. We spoke with Mr. Oppmann when he returned to Havana just days after reporting on Hurricane Irma's devastation.

What is the reality on the ground in Cuba?

Oppmann: I'm very fortunate we are one of the few western media outlets that the Cuban government has allowed here. I speak Spanish, and my fascination with the Spanish language began at WRA. I live in Havana, and I've worked here for six years. For Irma, we went to a really remote area of Cuba because that's where it looked like Irma was heading. I brought our cameraman from London and two of my Cuban colleagues. We drove five hours from Havana to a little tiny town, and the storm came in exactly where we were. It usually never happens that way. Usually a storm goes right but reporters go left. This was unique that we went exactly to the right, or wrong, place â however you look at it. It was a category 5, very rare and very dangerous hurricane that came right over us.

Were you ever afraid for your safety?

Oppmann: First, we had to get to the right place where we could be safe. We found a solidly built house where an owner let us stay and work. A team of four of us split two bedrooms. We have our very sophisticated CNN tech and futuristic stuff that allows us to report in the middle of a hurricane. In terms of concern, the wind looks good for TV, but the real concern is the water. It rose 8-10 feet. We had to move our car a few miles away and if it had gone another four feet, we would have had a big problem. Luckily, the water didn't rise as high. We were in hurricane force winds for 24 hours. It's a long time. We didn't sleep. Water started coming into the house, and through the walls. We were in the dark a lot and standing in ankle-deep water while working. Then the sun comes up, and you see you're surrounded by raging rivers. Ultimately, we got to cover one of the most powerful hurricanes to hit anywhere, and the most important thing is we got to do it safely. We were soaking wet, and our gear was too, but we were able to leave the next day.

You have covered a lot - from Elian Gonzalez, to 9/11, to the trapped Chilean miners, to Irma. All of these stories contain some element of tragedy. What's your motivation for reporting stories such as these?

Oppmann: Just to be able to step into a place where regular people can't go, probably shouldn't go, such as in the case with Irma. We know it's dangerous. We'd like to think that people who were on the fence about evacuating saw what we did and it helped them make an informed decision. These are very dangerous storms. It killed people in Cuba and the U.S. No one tells us we have to go do this. We volunteer for it. It's dangerous, but I think it has value. People can see the conditions, and they can see the power of Mother Nature. I'm not attracted to danger, but there's value in taking the viewer someplace they can never go, whether you're sitting down with Elian, or you're at the scene of the most incredible rescue attempt in Chile. It's an incredible job and opportunity to have. We can show people what it's like to be there. It's an incredible responsibility to have and, like we always say, it beats working!

Why did you choose journalism? How do you feel about the state of journalism today, with social media so prevalent?

Oppmann: I love to travel. I studied abroad my senior year at WRA through Andover with a program called SYA, Senior Year Abroad. I lived in Barcelona, Spain with a Spanish family. From there, I've lived in places where I could use my Spanish. It's a huge asset as a journalist. It helped me get assignments I would have otherwise not gotten. Being a journalist gives me access that is usually off limits. You take a plane, boat, motorcycles, sea plane and it takes you two or three days to get there â then you're someplace so remote but so cool. In journalism, you learn to understand what makes different people tick and your work is to make it relatable to others. It's the only profession I could ever see myself doing. Despite all the issues and time away, it's what I was meant to do.

As for social media, it's a great way to gather information, but it's only as reliable as the person who's typing. It's something I use. You immediately have reaction from around the world. It's very cool to see it be born in a place like Cuba and to play a part of that. I like Instagram because it can be a window into a place like Cuba. You can see what I see here â I see a country changing. In Cuba, we have a rich culture, and we are here at an important moment in history. I was one of the first people to use social media here full time. It's exciting to see Cubans tell their stories on Instagram. These new forms of communication have opened up ways for people who don't have freedom of expression to tell their stories.

We are doing a lot at Reserve now, with a new curriculum, to build life skills like resilience, tolerance and empathy. In your opinion what is the role of a school in preparing students to confront all that they will see in the world?

Oppmann: Reserve was the beginning of my great adventure. I look back on my time at Reserve and remember the teachers who shared their great life experiences. I credit Reserve for my great love of reading. I think a school like Reserve can take kids out of their comfort zone, whether you're watching a documentary or reading a book, you can help them get a sense of life and how different it is in other parts of the world. Put them in someone else's shoes. It's where they can learn to be resourceful and resilient â help them get a sense of life and how different life is outside the United States. We are very lucky to have many privileges. Around the world, life is very difficult for many people. They don't always have internet, toy stores and delivery. At Reserve, one of the great things you have is the ability to study any subject. In Cuban school systems, you are told what you can study. Just to be in a country where you can download any book or movie you want is a great privilege. The majority of people in the world don't have that option or get those opportunities. It's invaluable for people to realize what it's like to live a life that's very different. I give so much credit to Reserve for my experience. International students became my very good friends. Making international friends was my first step on the road. Some people are happy with what they know and don't need to explore. I was not that way. Because of Reserve, I always wanted to see and do more.

Would you choose boarding school for your children?

Oppmann: If they wanted to â it's up to them! When I went to Duke after WRA, I was so much more independent, self-sufficient and more mature than a lot of other people who had never been away from home. WRA definitely teaches you self-sufficiency and that's so important for the rest of your life.