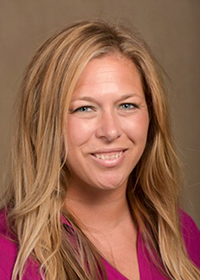 Learn more about the program here.

Girls Soccer saw a huge improvement from the beginning of the season to the end. The areas of focus were a possession style of play, individual development, commitment to the process, good soccer decisions on and off the ball and willingness to sacrifice for the team.

The team came together in many ways, driven by the core values of Grit, Accountability, Family, Effective Communication and Respect. Some of the highlights of the season were winning 7-0 on Senior Day, building a great passing game, defeating Columbus Academy on the road and later attending a Columbus Crew game as a team.

It was a chilly late September evening with an exciting game under the lights.

The team capitalized on a dominant display to emerge as winners.

In a game that could have been a WRA victory, the Pioneers finished with a 1-1 draw.

The team battled throughout 80 minutes of play, but
ultimately fell.

The WRA Varsity Girls Soccer team emerged from a close first-half contest to run away as comfortable winners against the Laurel Gators.

Read More about Girls Soccer Comes Up Short Against Padua