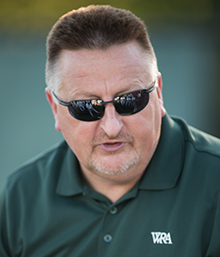 Learn more about the program here.

The 2021 season ended with Boys Soccer claiming the Tri-County Soccer League title. Their 10-4-3 record came from strong performances on both sides of the ball for much of the season.

The team faced some of the toughest competition in the country, including the state champions and #1-ranked team nationally, St. Ignatius. The Pioneers also attended two elite showcase tournaments throughout the season: the Mainline Jamboree Showcase in Downingtown, PA, and the NXT LVL Invitational in Albany, NY, which were heavily attended by college recruiters.

Per coach and recap author Diccon Ong, victory continues to elude the boys, but seems to draw increasingly near.

The host entered the game confidently with a 5-1 record, while the Pioneers were determined to continue their own series of wins.

Thank you, once again, to Diccon Ong for the wonderful game recap.

This was a very good performance and it gave the boys confidence for the upcoming games.

On Tuesday, September 13th, the Boys JV soccer team fell to 2-4 on the season as they lost a tough game 1-0 against Archbishop Hoban High School.

Even though WRA gave up 4 goals, they were led by excellent performances

Congratulations to our C-Squad Soccer team for facing a tough opponent with courage and grit. A special thank you to Assistant Coach Diccon Ong for a colorful and exceptional recap.

The team fought back from 2-0 and 3-1 deficits, but they ran out of time as the comeback effort fell just short.

Congratulations to the Varsity Boys Soccer team for facing their toughest opponent yet and bringing home a W.

On a hot and humid afternoon the Pioneers faced a determined and athletic opponent.

The game was fast-paced and competitive from the opening minutes up to the final whistle of veteran referee Mike Porpora.

Our JV Boys Soccer dropped to 2-1 as they fell to a strong Medina team.