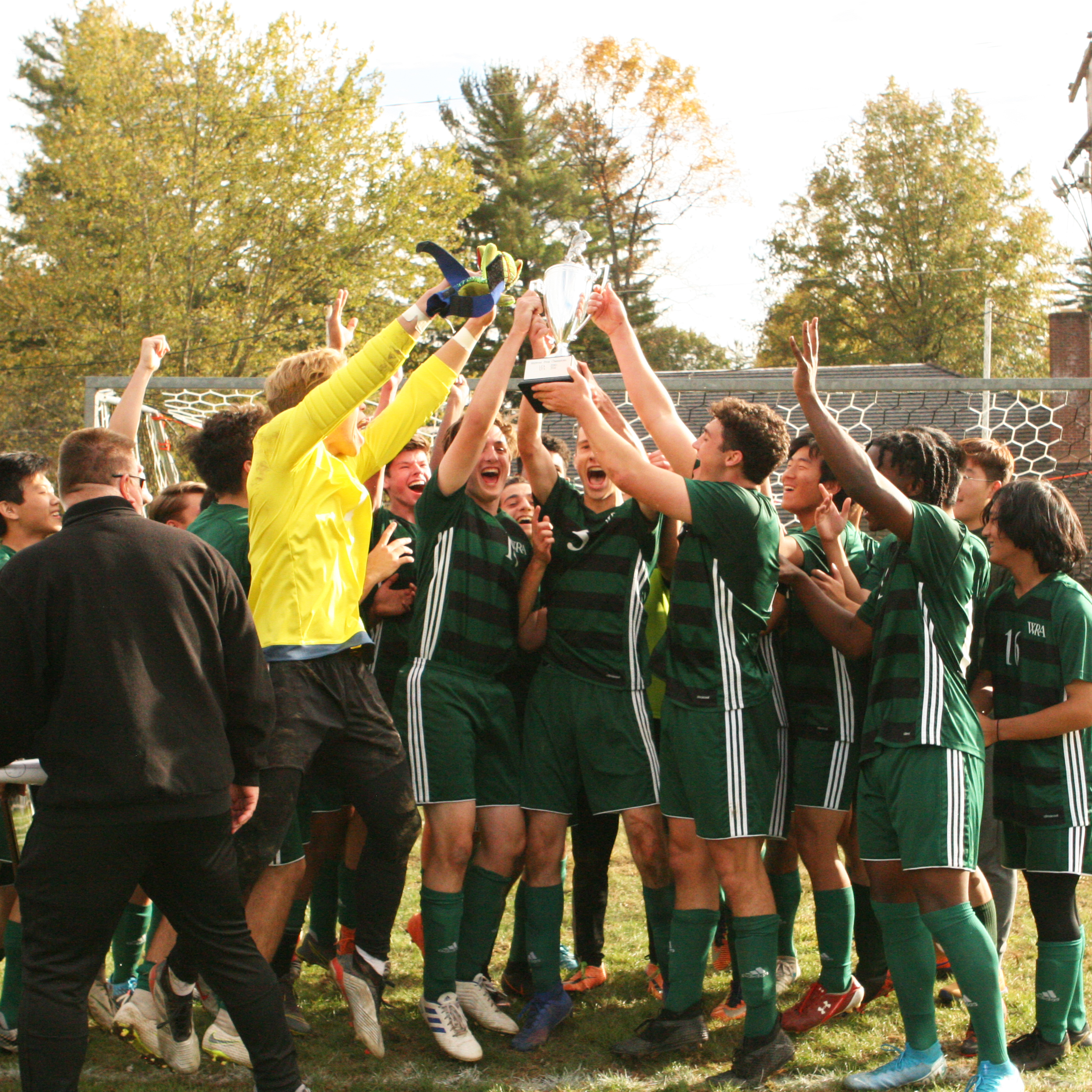 The 2019-20 Varsity Boys Soccer team ended their season on a high note at the Midwest Prep Classic at The Kiski School in Pennsylvania on Saturday, Oct. 19. They brought home wins over longtime rivals Linsly, Lake Forest Academy and Kiski; a 3-0 weekend record that earned them the title of 2019 Champions of the Midwest Prep Classic.

On Friday, October 25, the team captains took to the podium at Morning Meeting to present their trophy to Head of School Suzanne Buck, which was received with a huge smile and a loud cheer, inciting a responding round of applause from the school community.

Student Body Co-President and one of the team captains, Noah Frato-Sweeney '20, happily reviewed some of the weekend highlights for those who couldn't attend.

"We went undefeated in the Midwest Preparatory Classic, with wins over longtime rivals Linsly, LFA, and especially Kiski, whom we haven't beaten since 2013," he said, and was met with cheers from his peers. " Highlights included a massive penalty kick save from goalie Sebastian 'Seba' Staddon with one minute left against Lake Forest, and a pair of goals in the final minutes of the Kiski game from Orion Mills to put us ahead and seal the tournament victory."

The boys soccer team was led by team captains Henry Ong '20, Matthew Randazzo '20, Orion Mills '21 and Frato-Sweeney. Their season finished with a record of 13-2-4.

"It was a great weekend for us to end the season," said Head Coach and Director of Athletics and Afternoon Programs Herb Haller. "The last time we won this event was in 2013, so I was thrilled for the players. We played some of our best soccer of the season throughout the weekend and deserved to come home with the trophy."

Congratulations to the team for a phenomenal season!