Markus Ilver '21 commits to the University of Wisconsin 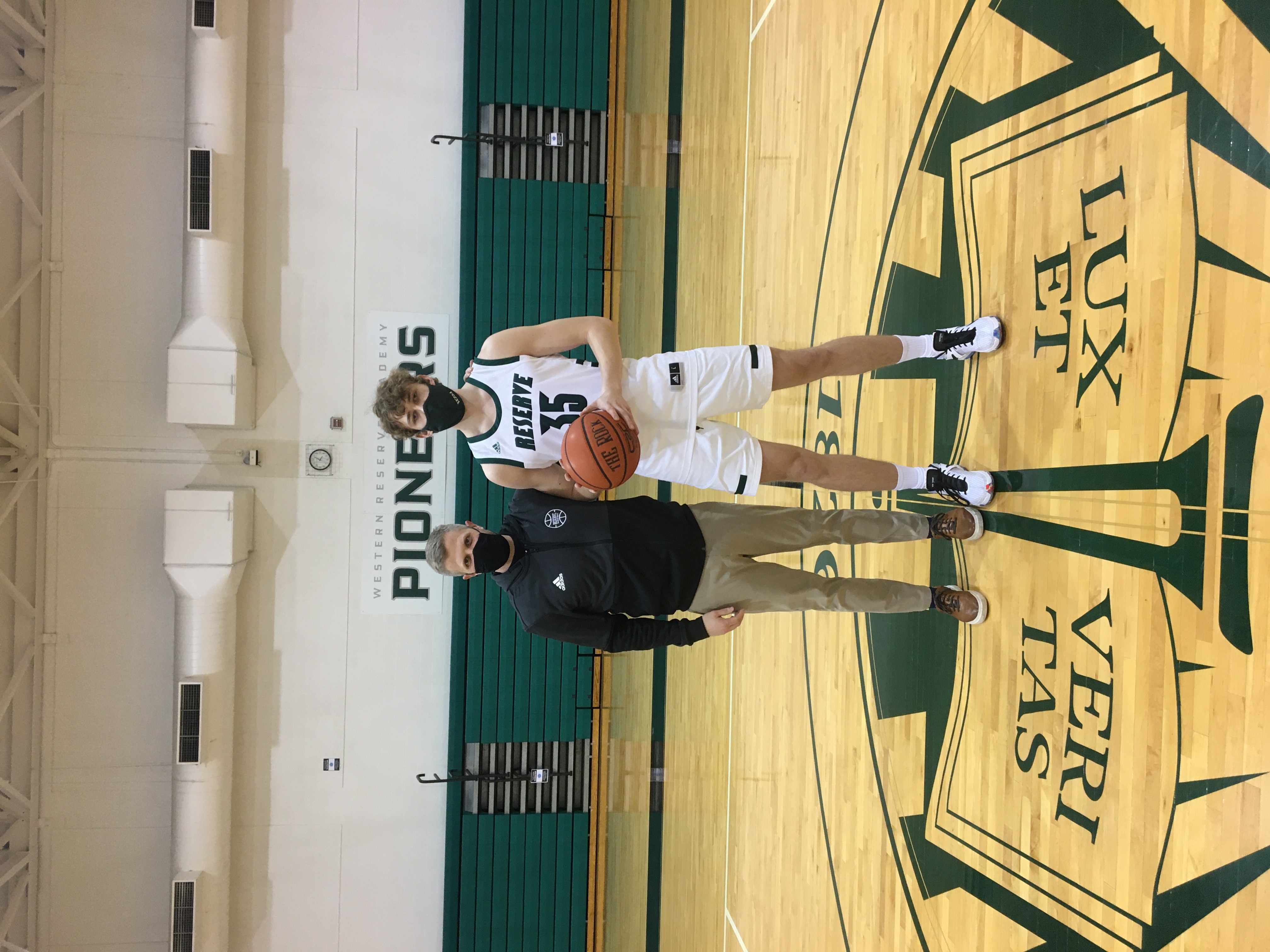 Next year, student-athlete Markus Ilver '21 will join the ranks of one of the nation's top college basketball programs. On Wednesday, Jan. 14, Markus verbally committed to play basketball at the University of Wisconsin in Madison.

The Badgers are the 9th ranked college basketball team in the NCAA Division I Big Ten Conference. Touted for their system of play, WRA Associate Director of Athletics and Head Boys Basketball Coach Pete Hutchins celebrated Markus' commitment and said his NBA range, athleticism and versatility are well suited for their program.

"Markus is a skilled and versatile forward. Wisconsin's emphasis on ball and player movement are a good fit and will allow him to impact the game in a variety of ways. He understands shot selection and is committed to learning the important details that translate to winning on both sides of the floor," Hutchins shared.

The WRA Community celebrated too, including Head of School Suzanne Walker Buck, who said Markus is a talented student and his commitment to Wisconsin is a testament to his work ethic on and off the court. "His intellect transfers onto the court with his ability to read plays and opponents, and to optimize systems."

Buck added that it's also a testament to what Coach Hutchins built on the courts during COVID, and the competitiveness in his practices. "Within months, what Hutchins has done to bring in high-level players has been nothing short of mind blowing."

"The level of play in practice shows the true skills and capability of these kids to play high-level basketball," she shared. "Most DI programs are backlogged because student-athletes have an extra year of eligibility — because of canceled seasons — and to bring in a newcomer to the team, like Markus, is unheard of."

The future is bright for Markus and Coach Hutchins!