Members of WRA Lacrosse had their heads held high as the 2022 campaign came to a close.

Hill Academy (Canada) and IMG Academy (FL) rounded out the elite talent that attended the first-ever Premier Prep event. The Pioneers battled IMG on Sunday, falling 12-10 but putting together a great series to nearly pull even in the fourth quarter.

WRA proved this year that it could compete on a national level, finishing in second place in the Midwest Scholastic Lacrosse Association and going undefeated against opponents from Ohio. The Pioneers' 15-3 regular season was one of the program's best records in recent history, thanks to a host of talented players and the MSLA Coaching Staff of the Year led by Dylan Sheridan '02. 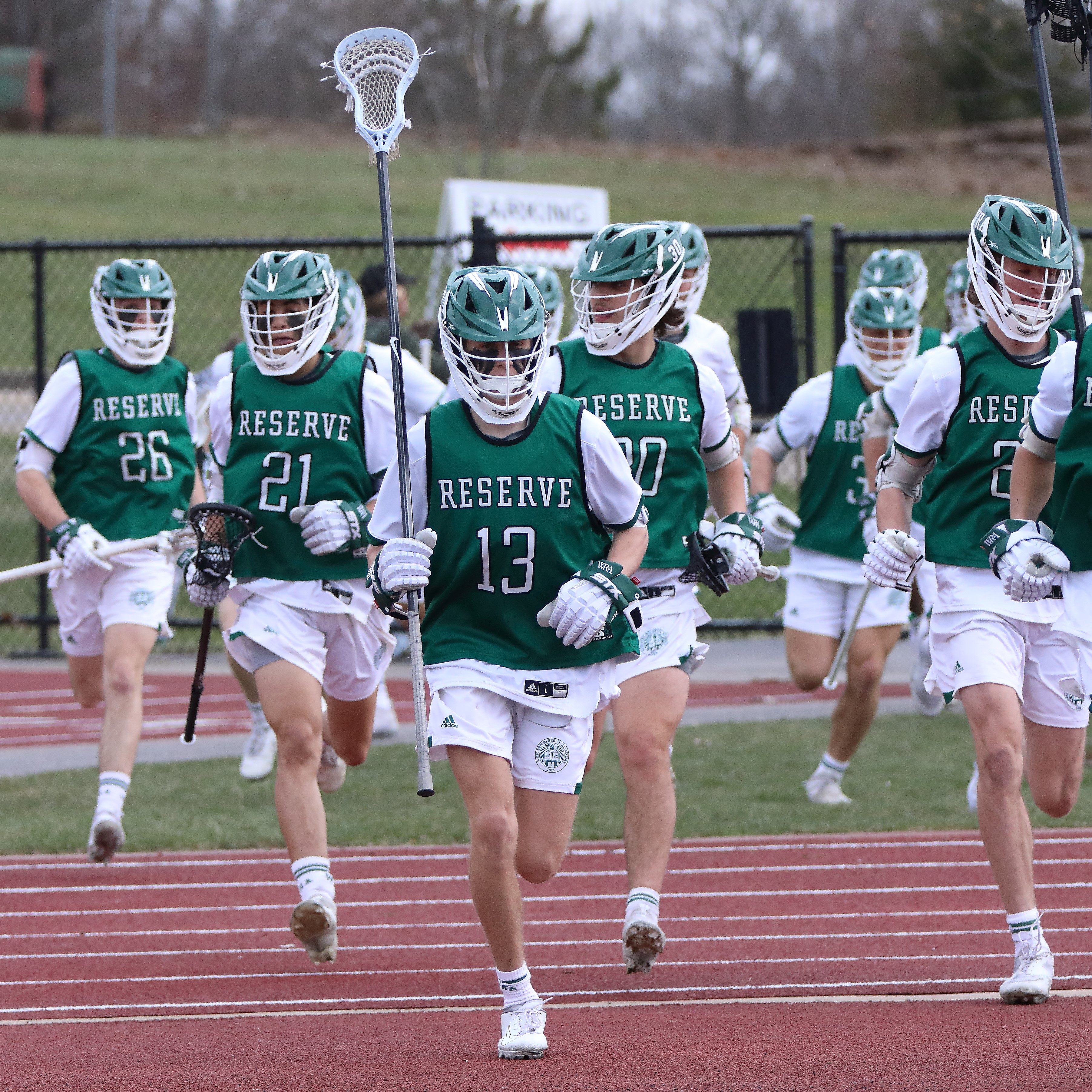 Throughout the season, the team's only losses came to nationally ranked teams. WRA's record earned them a #2 seed in Division A of the MSLA tournament, which also partly took place at WRA Stadium. Reserve defeated Archbishop Moeller and St. Ignatius before narrowly falling to Culver in the MSLA Championship game. In attendance were college coaches from Syracuse, Michigan, OSU, Notre Dame, Dartmouth and more who traveled to campus for the tournaments at WRA.

Among the WRA roster of high-performing players, 12 graduating seniors will be playing college lacrosse next year at schools that include Ohio State, Denver, Colgate and Binghamton. Other standout performers on the squad, including juniors Jordan Ito, Zach Claiborne, Aiden Bodonyi and Ty Banks, are already committed to prestigious NCAA Division I programs.

There were 8 Pioneers named to the All-Midwest list, and a few potentially in the running for the upcoming USA All-American voting. Last year, senior captains Ryan Favaro '22 (Colgate) and Blake Eiland '22 (Ohio State) earned All-American honors during their junior campaigns.

Even though many talented seniors are moving on to the next level, the future of the program certainly looks bright: the JV team enjoyed a perfect season at 8-0, building a strong foundation and camaraderie between younger players who are already showing that they have a very high ceiling.

The program will look to build on a great 2022 season that included a road trip to Maryland's top teams, two home tournaments and countless glorious moments of being in love with the game.