Seniors Zohaib Malik and Jack Sovich have been selected by their classmates as this year's speakers for Commencement and Senior Celebration, respectively.

Malik, a boarder from New Jersey and this year's Student Body Co-President, will speak at Commencement on Sunday, May 26. He said that his speech will be no more than ten minutes and plans to tailor it to address both his classmates and families, as well as friends and alumni who are in attendance.

"Unlike my senior speech, I don't plan to rap during graduation," he admitted. "I think I'll keep it traditional. Thematically, I want to talk about the growth of the Class of 2019 over the past four years and what we will be looking forward to in the next four."

Mailk will look to both his older brother and last year's Commencement speaker Francisco Blanco '18 for a few pointers.

"My older brother has given speeches like this in the past, and I'll also look back at Francisco's from last year," he said. "But I think my friends and their stories will help me the most."

Malik said he has been preparing for this for a long time.

"This speech has always been something I've wanted to do ever since I was able to give one during my middle school graduation."

In some ways, he is already prepared. As Student Body Co-President, Malik has learned to speak better and more comfortably in front of large audiences.

"If I hadn't spoken at Morning Meeting every week for the past year, I'd be really nervous about the upcoming speech, but because of the experience leading Morning Meetings as a Co-President, I am not that nervous," he said. "With that being said though, speaking in front of so many parents and siblings for the first time is definitely going to be a little nerve-wracking."

When he reflects on his upcoming speech and this opportunity to address his entire class, it's clear Malik is proud to be a member of the Class of 2019.

"Our class is filled with go-getters and winners," he described. "For years, the Class of 2019 has dominated on the field and in the classroom -- all while making our mark at Reserve through several records for class participation and largest class donations."

Sovich, a day student prefect from Aurora, OH, was chosen to speak during Senior Celebration on Saturday, May 25. He said he plans to focus on the memories he's made at Reserve.

"I've been attending Reserve for all four years, following in my brother and sisters' footsteps [Nick '13 and Halle '14]," said Sovich.

During his time at Reserve, Sovich hasn't shied away from trying new things and seeking out leadership opportunities. He was appointed captain of the soccer, swimming and diving, and track teams, as well as a co-president of REACH club, has performed in KFAC productions and more. Unlike Malik, Sovich didn't give a senior speech, but he plans to seek advice from others before he delivers his Senior Celebration speech in the Chapel.

"I'll for sure run it by my brother, Nick," said Sovich. "He's the type of guy to give it a stone-cold and straightforward tearing apart and revision."

When asked how he feels about the Class of 2019, he wholeheartedly agreed with Malik's description.

"In my opinion, our class has been one of the most involved and dedicated classes in the WRA community. Every Green Key social, every sporting event and mixer you go to -- you're sure to run into a group of seniors making the cold, Ohio winters at a boarding school worthwhile."

Next fall, Malik will attend Rutgers University, and Zovich is headed to Villanova University.

We congratulate both Malik and Sovich and look forward to their speeches! 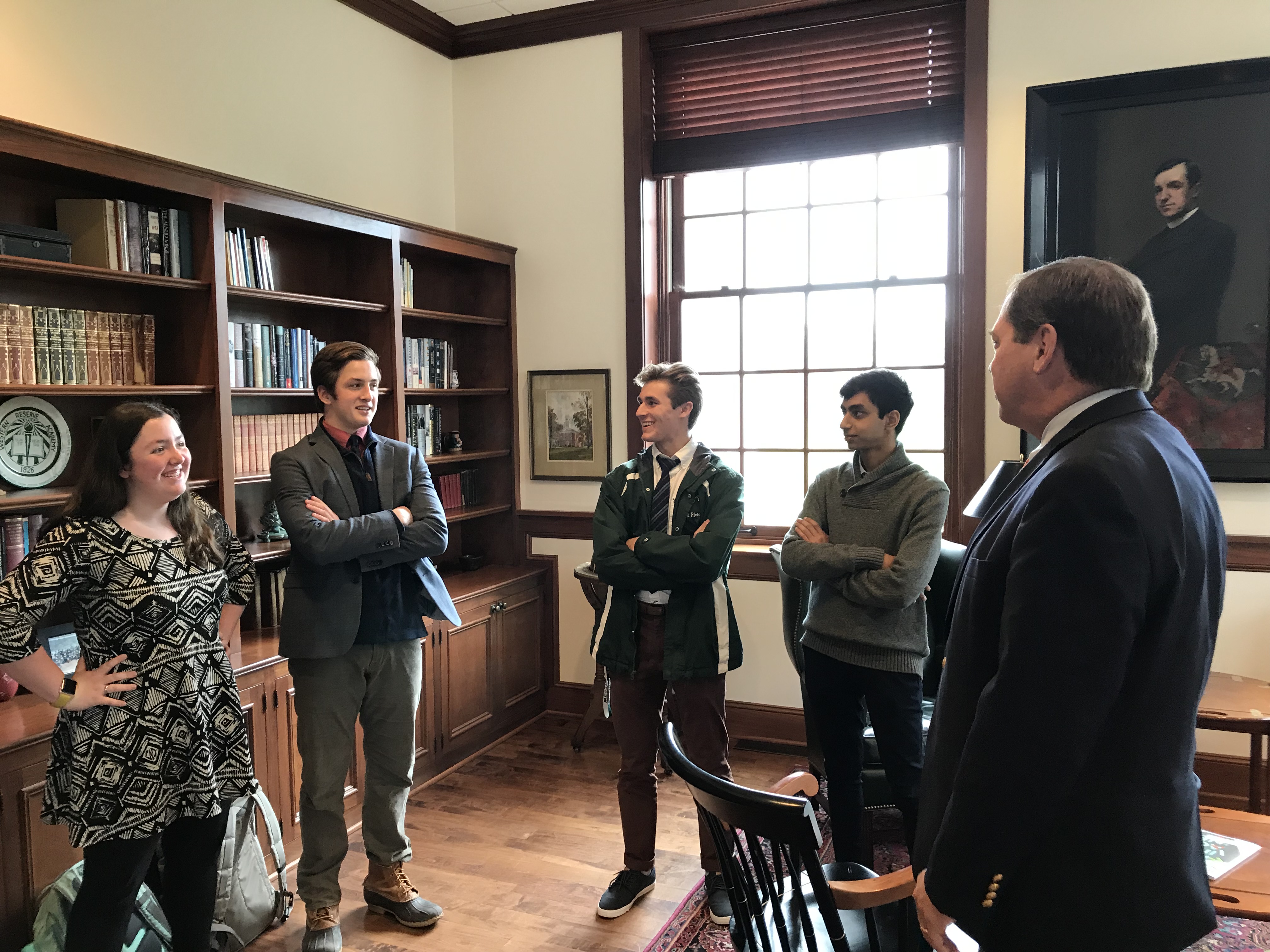