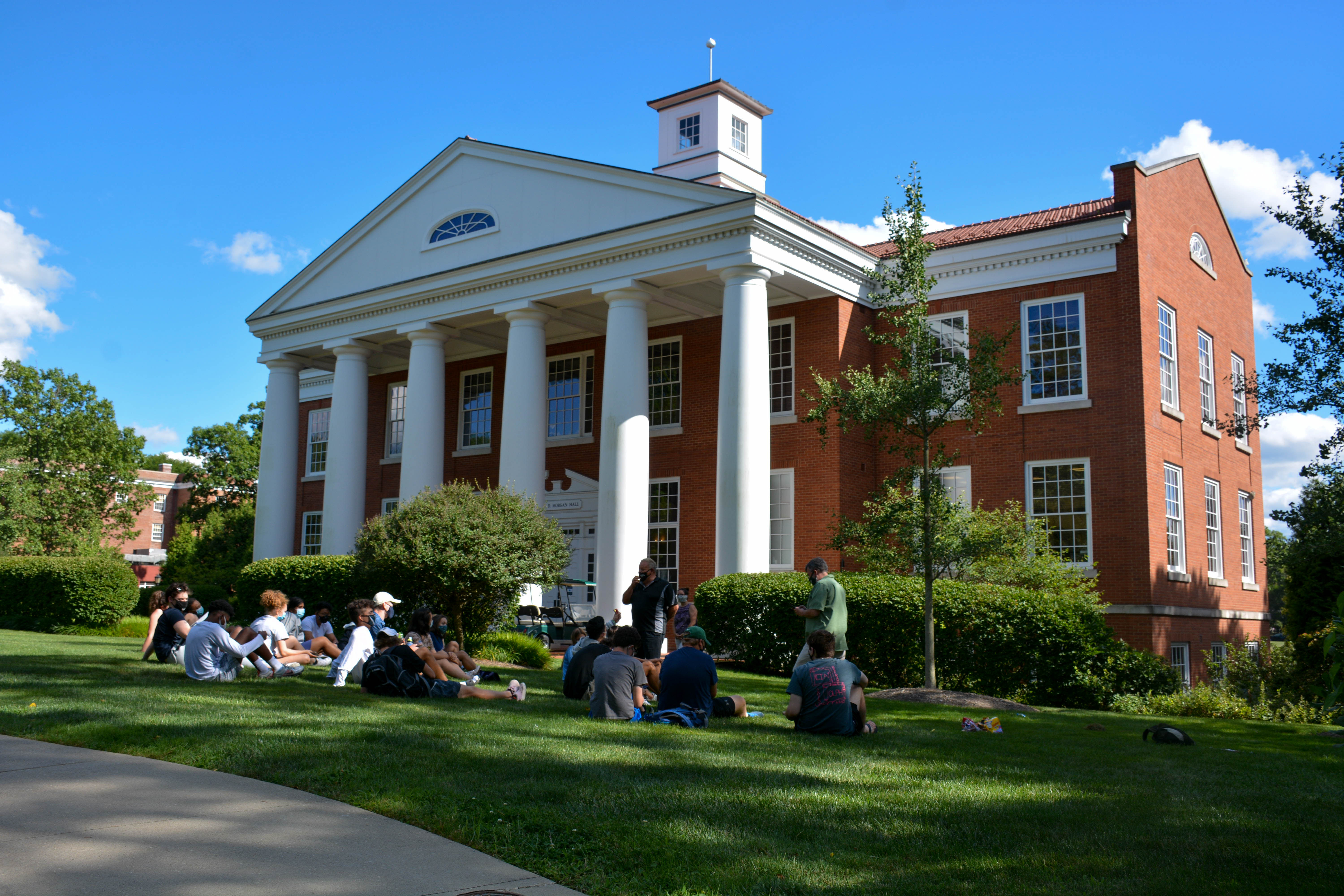 The back-to-school season has a perennial effect, with old rituals returning predictably. This is true societally ("Back to school" has become as viable a season for retailers as the holidays.) but also on the ground, in schools themselves. The cadence of coming back, getting oriented, breaking ice, starting sports and settling in has become so systematic that, even in its more stressful moments, it is — for large part — settled.

The abrupt end to last year's in-person schooling was matched in uncertainty about the possibility of reopening school in the fall. Not since the invention of school itself had education been forced to be so innovative. A perusal of the headlines from the National Association of Independent Schools (NAIS) during the past months reveals an appreciatively optimistic slew of counsel: Flourishing in Difficult Times; An Opportunity to Reimagine Schools; Creating a Pandemic Related Curriculum; Choosing Reinvention Over the Status Quo. But make no mistake, even the world's strongest schools have flirted with burying their heads in their hands and waving the white flag, wishing these trying times away.

But through the now ubiquitously characterized "unprecedented times" of 2020, there was no white flag in the land of green. WRA has continuously renewed throughout the years, evergreen, showing a resilience that past generations forged and that we have held, aptly, in reserve. In WRA's piece Western Reserve Academy: 175 Years of Distinction, WRA's Archivist & Historian Tom Vince talks about how the move of Western Reserve College to Cleveland — giving rise to Western Reserve Academy as a preparatory high school — is a period of time often called the "hardscrabble years." 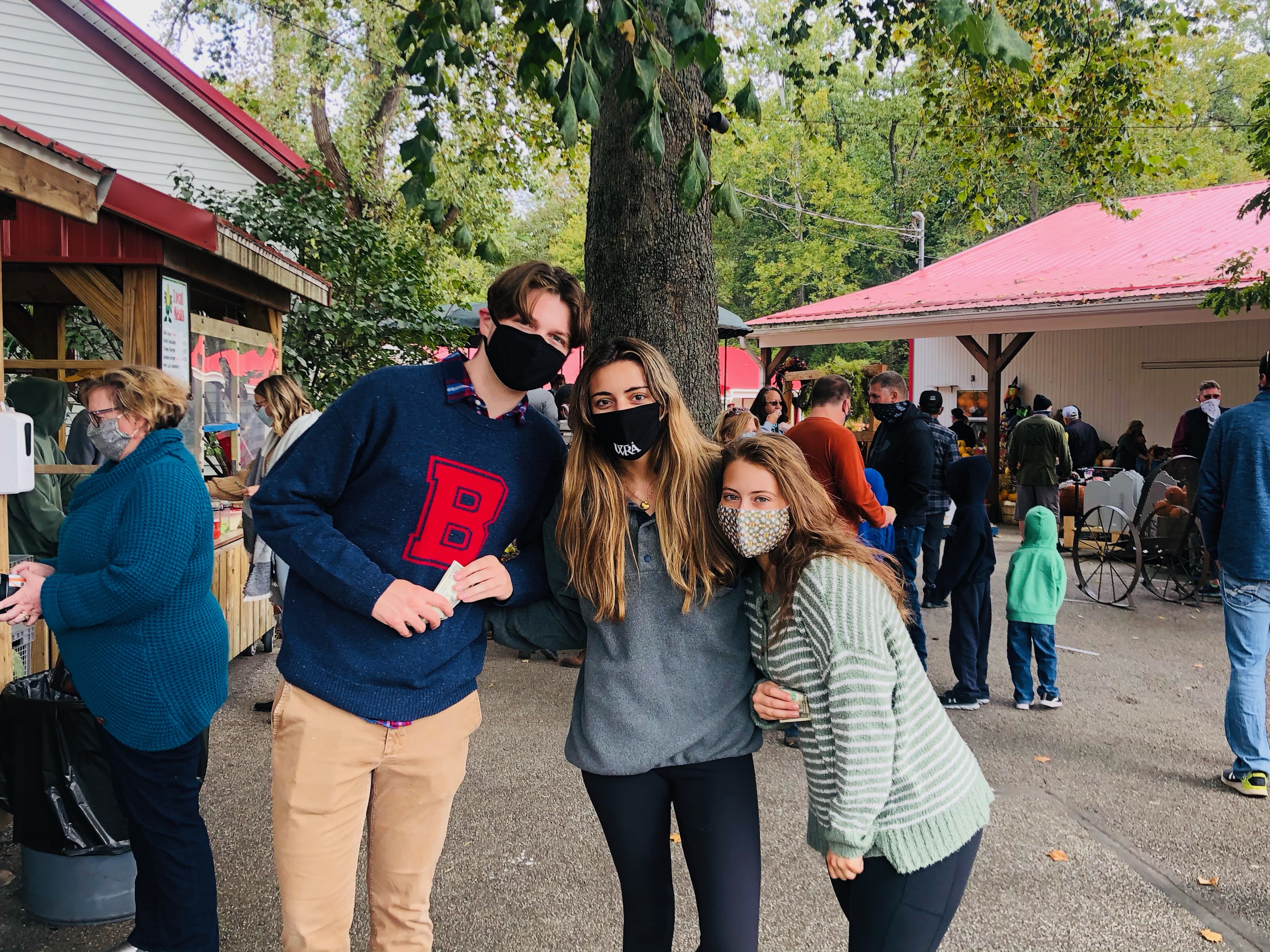 "It was a time when the school's leaders and its dedicated faculty worked with the student body to create a kind of classical Hellas," wrote Vince. "Indeed this group of faculty molded the character of the school that, in many ways, survives to this day."

The path to reopening was underpinned by credo that never quit: "never quit." Head of School Suzanne Walker Buck expected more from the school, and executions on the "more" began to flower. Chef Eddie Mundy and his team executed "Reserve Your Meal," a community and charitable meal service that donated more than 2,000 delicious meals. Chief Innovation Officer Matt Gerber and a cadre of volunteers produced thousands of pieces of personal protective equipment in the Wang Innovation Center. Buck sat amid 400 cardboard cutouts in the Chapel, wishing the students back and showing solidarity in the face of adversity. Reserve faculty executed a seismic pivot from the classroom to online learning. Masks were sewn, students' items were shipped home, and while campus grew quiet, it also grew in determination with a focus on collective responsibility to health, safety, joyfully celebrating our seniors and then reopening for 2020-21.

Life on campus since the start of the school year has looked vastly different, as one might expect.

"The images are mind-boggling: 400 people physically distanced, Reserve Green dress code complimented by color-coordinated masks; activities like outdoor movies and dormitory cornhole tournaments," said Buck. But she summarizes it all by saying, "Life at WRA is different, but oh so good. Campus is alive, buzzing with the energy of students and a community engaged to support their experience." 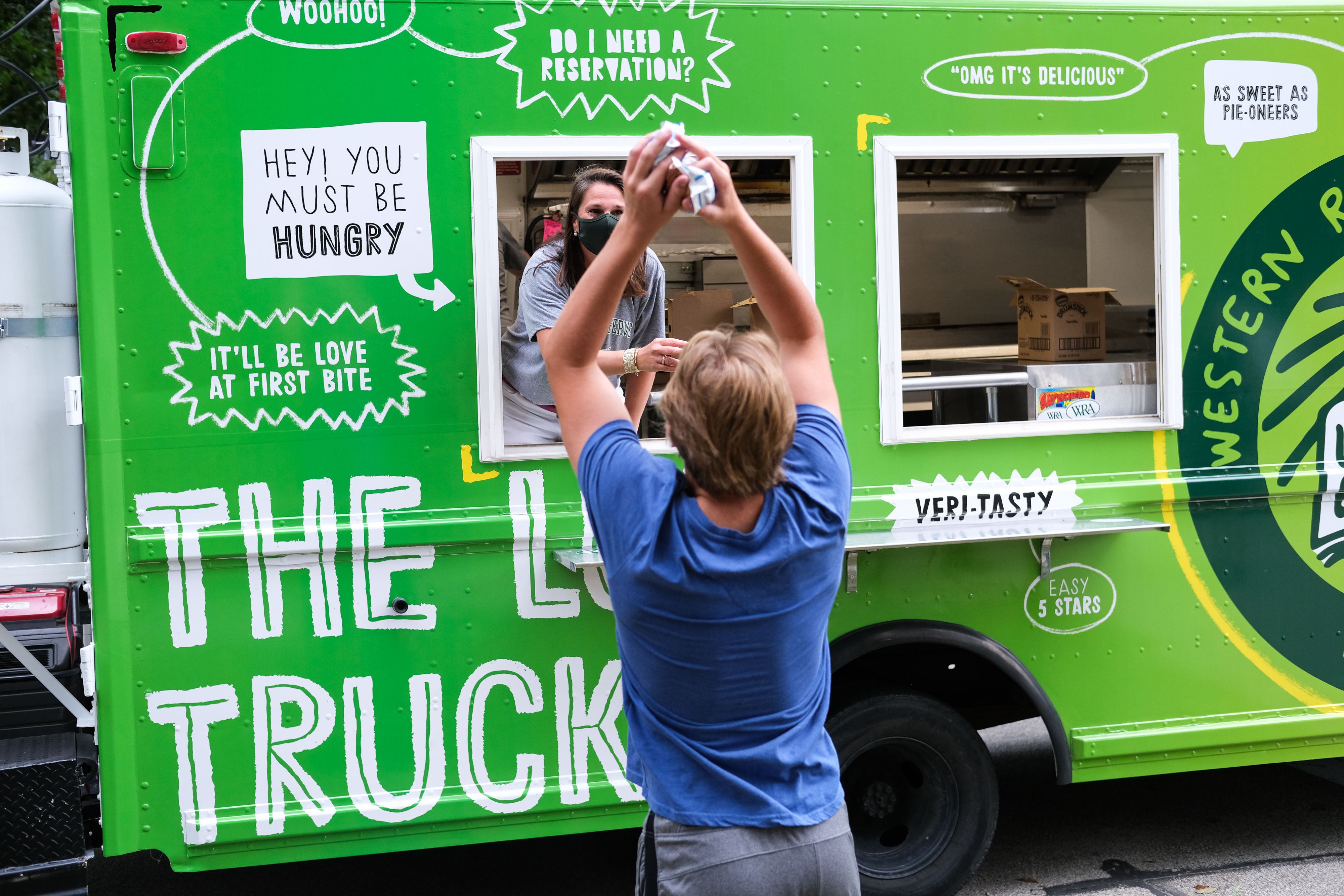 From the start of school, WRA's steadfast appreciation for art and athletics did not waver, though it took careful planning to resume. Athletes are back in competition, adhering to WRA's COVID Return-to-Play Protocols while playing hard and playing safe. COVID-friendly performances have resurfaced as pop-up outdoor concerts, a dance performance with a physically distanced audience and filmed monologues of topics on social equality.

Academics are at the cornerstone of the experience, and this year three learning options were offered for families: in-person; distance learning until travel to campus was doable; and distance learning for the entirety of the year. The options took shape in the form of "Pioneers" (on campus) and "Piofars" (off campus), and faculty and students have been adapting to scheduling updates and the new normal with a persistence that's essential during a pandemic.

As reported in The Reserve Record, Sheilla Muligande '23, a Piofar, said: "There's just something so great about being in class with my cat asleep on my lap." The glass half full is refreshing.

Back on campus, school is fully full with a larger student body than it has had in decades. Spaces have been reimagined because of the need to physically distance (think Morning Meetings for one class at a time in the Chapel) and to accommodate additional boarders. For example, the Nathan P. Seymour House has been converted to a dorm (while other dorm rooms are being held for soon-to-return Piofars).

All told, WRA welcomed 150 new students this year for a total enrollment exceeding 400. New students hail from 119 different schools, 19 states and 15 countries, including Lithuania, the Ivory Coast, Senegal, China and Australia, as well as Florida, Alabama, Washington and West Virginia.

Yet WRA's pride in diversity is not simply related to the geographic corners from which its community emanates. WRA also takes deep pride in the diversity of opinion and perspective on campus that dates back to its earliest days. But this hasn't always been easy. And this year, the challenges of COVID shared their sense of urgency with societal unrest related to issues of inequity, brutality and racism that go against every green grain in our fiber. 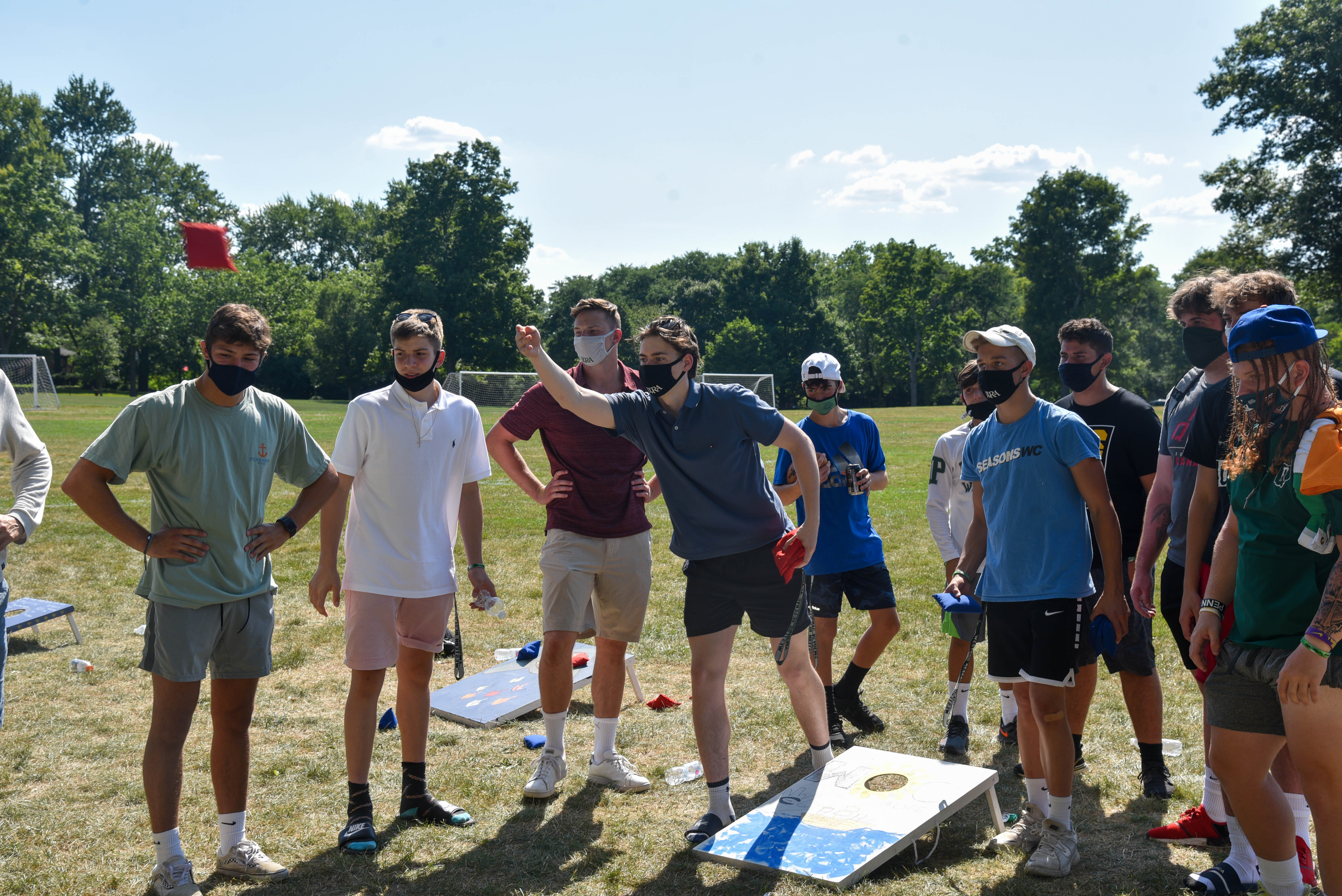 The beauty of Reserve is that it's both a bubble and a melting pot, safe yet spilling over with diverse people and varying ideas. Yet the carryover of society's contentiousness — combined with a WRA already rich in opinions and counterpoints — creates discourse, and even sometimes discord, that is hard but not unprecedented.

Vince reflects on this when writing about the 1960s and '70s at WRA. "For a time it appeared that the issues brought about by political assassinations, the Vietnam War, the Civil Rights movement and other manifestations of social unrest were going to touch off a revolution here at the school," he wrote. "The tensions felt in all sectors of American society were reflected in the mood of discontent that marked these years on our campus."

What's been notable through this present time is the will of Buck to face discontent head on and buck it with transparency, listening, action and intermittent sprinklings of joy. As in the past, Pioneers have impassioned voices, but different today are the myriad tools for amplifying them. The early part of the year has included petitions, forums, social media campaigns, calls and everyday attention to diversity, equity, inclusion and — in a nutshell — improvement. Buck believes there is a long way to go.

"There is a gap between where we are now and where we need to be," she said simply.

But just as joy surfaces in a Chef Eddie bubble tea, a fluorescent food truck or a firepit flanked by a guitar-strumming faculty member, so have action steps escalated to facilitate voice and reinforce a central tenet of community: respect for differing opinions.

Buck recently appointed new Dean of Diversity, Equity & Inclusion Dr. James Greenwood and Integrated Studies & Design and Modern & Classical Languages department faculty Dr. Ralf Bormann to chair a task force on community discourse. The charge is to provide resources to faculty, staff and students to foster an environment where multiple perspectives are shared with civility, opposing views are listened to with understanding, and every individual feels affirmed and respected. Thus far, the task force has outlined principles that have been shared across the school community, rooted in the WRA values of excellence, integrity and compassion.

In these times, there are so many words, so many opinions, so much to consider. So much so that it's hard to sometimes even remember to be happy. And then you remember that while WRA is so many things, so many opinions, and so much to consider, fundamentally it is a school and a reason for happiness. It's a place for students to do silly spoof skits during Morning Meeting, plan how they might ask their date to homecoming, stress about an upcoming exam, run downtown for an espresso shot. It's a place that can introduce ideas but must also encourage the joy that is requisite to youth and central to learning. These things must be evergreen, even in a world that is ever-changing.

As Buck says, "As a community we will remain unified in our appreciation for one another and the spirit of learning." Even in the most complicated of times, WRA is that simple.