The first day of the new semester surprised the WRA community with a special installation that quietly came to life while students and teachers were home enjoying the holidays. As students ascended the fabled staircase of Seymour Hall to its third floor on Tuesday, a new twist to the storied space revealed itself in the form of dozens of photos that had been quite intentionally enhanced to show Reserve pride.

Think Sandro Botticelli's "The Birth of Venus" in a green blazer. Vincent van Gogh's "Starry Night" with the Chapel in the foreground. Eleven from Netflix's "Stranger Things" donning the green. Rosie the Riveter with a green bandana. A triumphant Muhammad Ali in the ring, wearing the Reserve jersey. The iconic Beatles "Abbey Road" album cover with the Fab Four in formal school dress (well, minus Paul's bare feet of course). Michelle Kwan on the ice, her arms held high and dressed in green. Topics and iconic photos span history, pop culture, world cultures, entertainment, art and more to express our collective inspiration and aspiration as a school community. 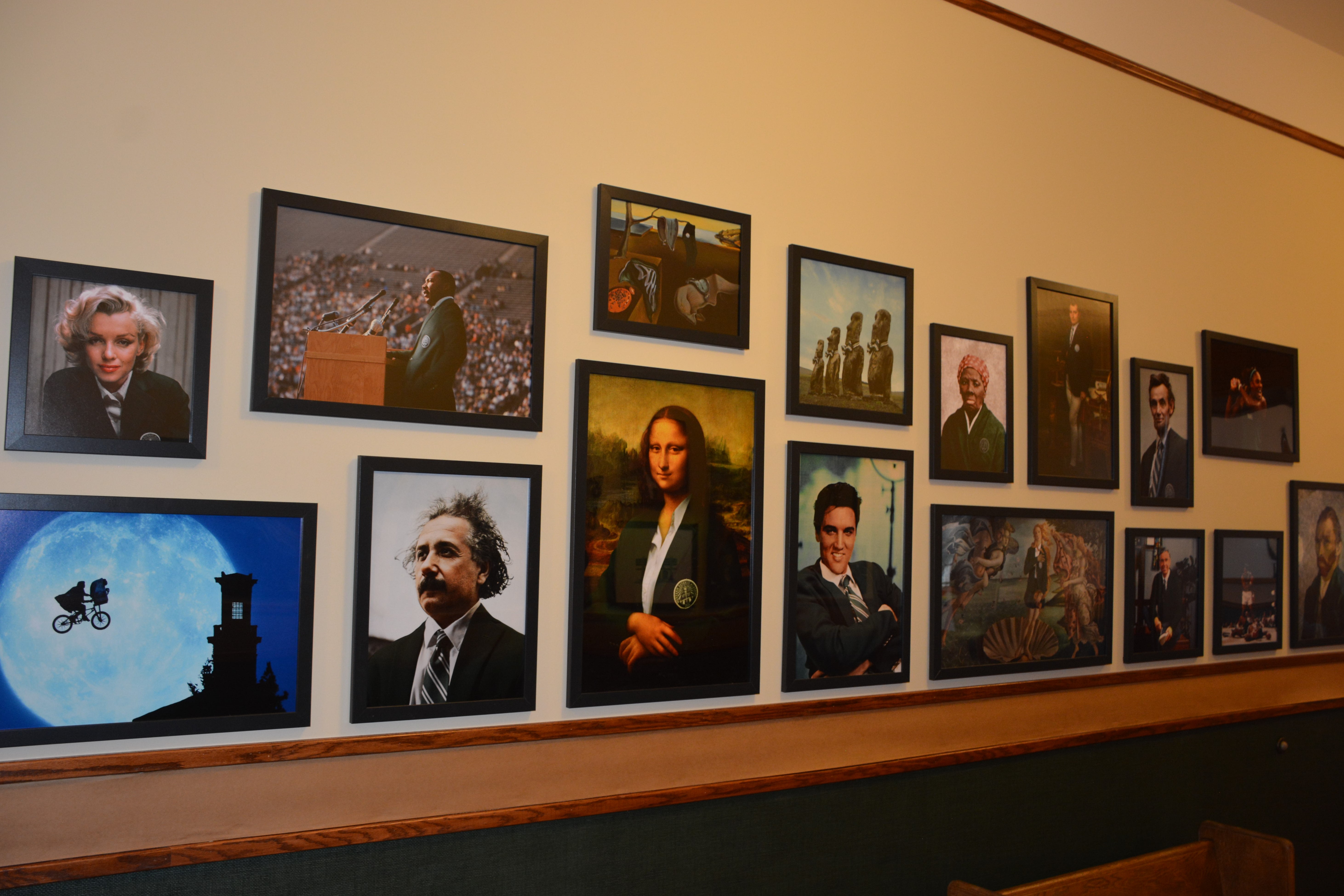 A label hanging alongside the artworks summarizes the project by asking the question, "How would you paint the portrait of a Pioneer?" It reads:

In this series, you'll see heroes and history makers, masterpieces and record breakers, celebrities and some of the most iconic images in our collective memory. They wear Reserve Green, our symbol and marker of a Pioneer, because they paved the roads that we follow. These images reflect the qualities and the potential we see in all of you, and what you will aspire to achieve in this world.

A suggestion folder also has been added to the third floor of Seymour for additional ideas about iconic people and photographs to feature. All are invited to contribute.

Thank you to our partners The Film Guys and Laura Yeager Smith for their creative contributions to this project, and to WRA's talented facilities team for their invaluable stewardship and craftsmanship. In addition to the "Blazer Series" described above, beautiful aerial photos of campus and a Reserve green colored grasscloth wallpaper contribute to the warmth of the space and the smart, fun and welcoming spirit of this wonderful building made even lovelier now for its second century.