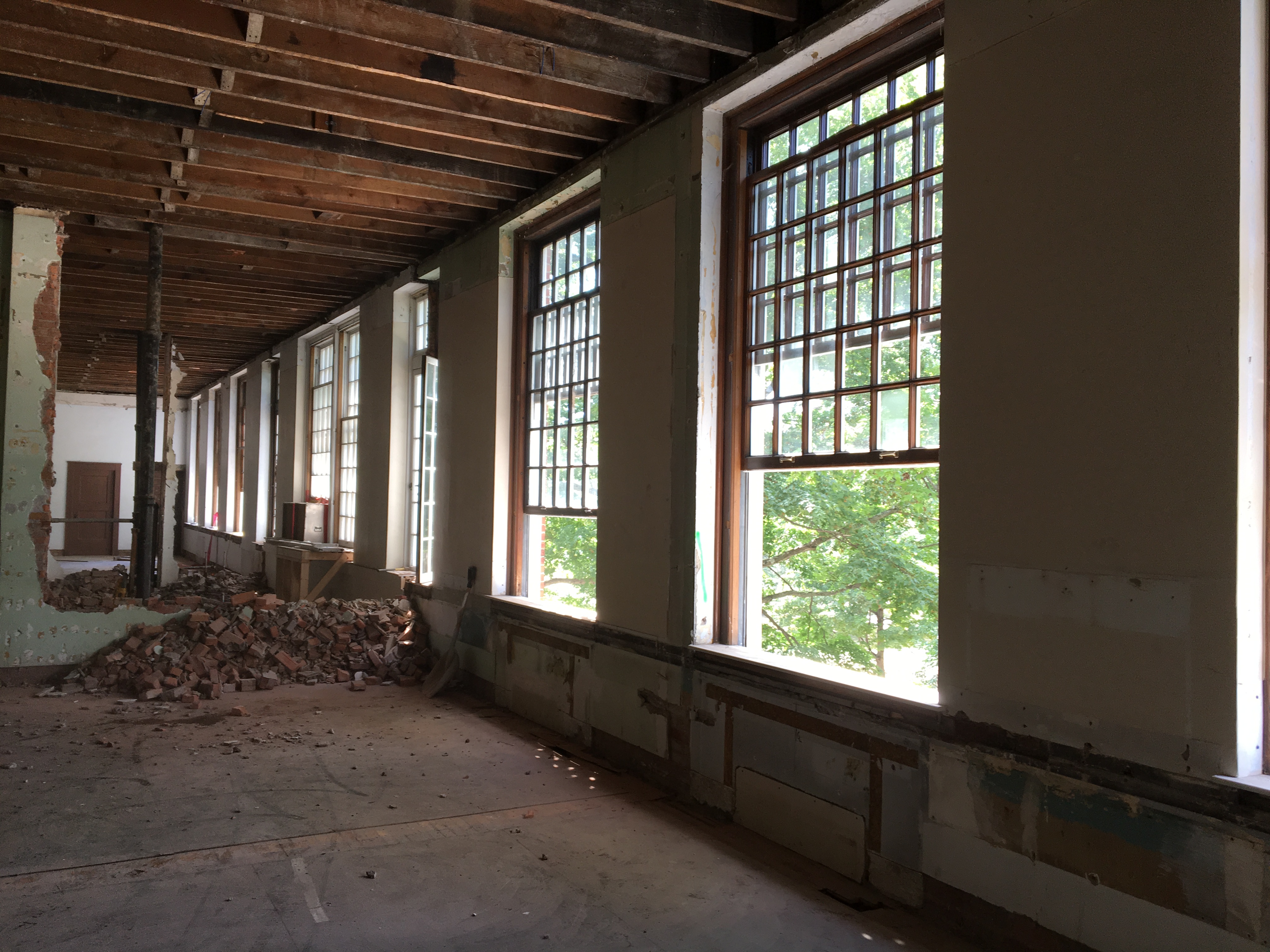 The inside of Seymour Hall has never looked so different. With construction and demolition 15 weeks underway, the building has been stripped to its core, revealing a bare bones but still-sturdy infrastructure and a few surprises along the way.

Significant progress has been made in a short span of time. Across College Street, grass is beginning to grow over the 64 geothermal wells installed beneath the south end of the athletic fields. These wells reach a depth of 505 feet and were drilled in August. They will provide temperature control for the building, including a cooling system for the first time in Seymour's history.

Work on the exterior of the building is ongoing, with roof repairs projected to be complete before the end of the month. While the outside of Seymour looks relatively unchanged — apart from the perimeter of fencing and construction equipment on the grounds — the changes on the interior of the building are remarkable. Demo has left the building gutted, with most of the plaster removed and layers of brick in the wall and the wooden beams in the ceiling exposed.

Inside the structure are astonishing sights, such as the empty space where the side staircase once stood, where you can now stand and look up two floors. Down the English wing and inside English Faculty Patty Campbell's former classroom is a significant drop down into the ground, below the basement level, where work is being done to install an elevator.

Taking a jack-hammer to the solid masonry walls revealed far thicker layers of brick than originally estimated, and while a few feet of brick has been removed to increase classroom size, there is still plenty left behind. Classroom size expansion also saw the removal of part of Seymour's chimney flue, though the topmost section still remains in the attic.

Work inside the WRAp exposed a mysterious steel pipe spanning across the ceiling, puzzling architects and contractors as to its use and purpose.

In the midst of the upheaval, a few familiar sights remain. The central staircase is staying behind and a walk up to the main floor reveals the time-honored words of "Excellence Integrity Compassion," still adorning the main entrance.

A lot of progress has been made, but with the reopening planned for August 2018, there's still plenty left to do!