10 Reasons We Are Uniquely Reserve

WRA has many points of distinction, like our independent curriculum, our unparalleled faculty, our Wang Innovation Center and our beautiful hometown of Hudson. But underneath the obvious distinguishers is a tapestry of traditions all our own! Fashioning the full narrative of people and places, stories and superstitions would mean listing hundreds of possibilities! We thought we'd start with 10 things that make us Uniquely Reserve. 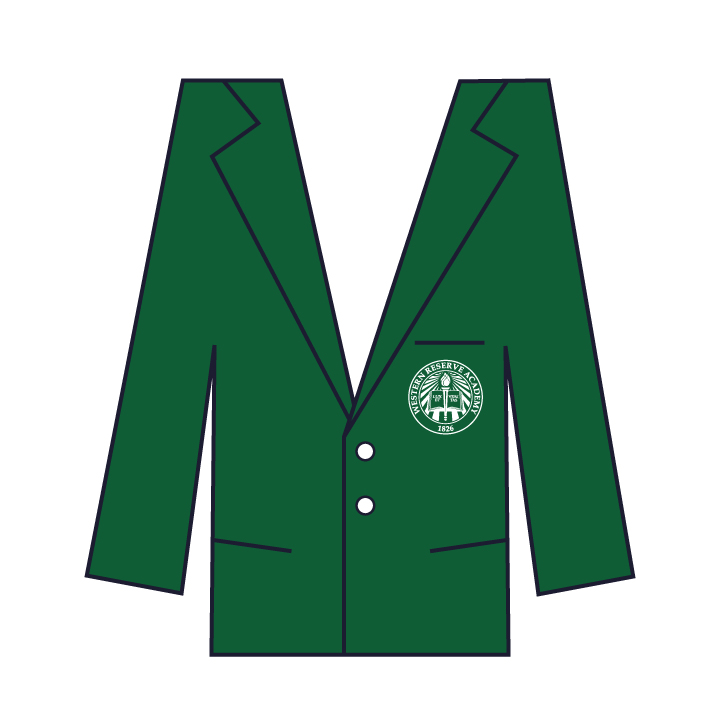 Reserve Green: Reserve Green originated with Headmaster Frederick W. Ashley in 1880 who headed the school from 1892 until 1897. He wrote a letter to WRA dated February 1, 1926, in which he said that the colors green and white were adopted around 1893 as symbols of "strength and purity" and became the colors that Western Reserve Academy would continue to use as their own. In 1924, the first student-run newspaper was initially called The Green and White, later named The Reserve Record, the longest-running newspaper in Hudson.

Green and white were the unofficial colors of WRA for about 75 years before they became official with the offering of the first green and white striped tie in 1961 — which could be purchased for $4 at the time.The green blazer came in about the same time and to this day students dress in Reserve Green on most Mondays and Fridays during the academic year.

Brick Row: You might think Brick Row stands for the long stretch of brick sidewalks alongside some of campus' most beloved buildings. In fact, Brick Row refers to the brick buildings from President's House to the John D. Ong Library. Brick Row has seen countless steps and students over the school's history, and includes our main academic building, Seymour Hall, which will reopen in August 2018 in time for the Class of 2022's first days. This will be Seymour's second century of welcoming students.

The School Seal: Legend has it that if you walk on the seal emblazoned on the floor in the foyer of the Murdough Athletic Center, or the "MAC"...you don't graduate. The historic former school logo (there have been seven logos in the school's history) contains the time-honored phrase Lux et Veritas, or "light and truth" in Latin. While faculty and staff can be spotted walking across the seal, you'll be hard pressed to see any student Pioneers touching it 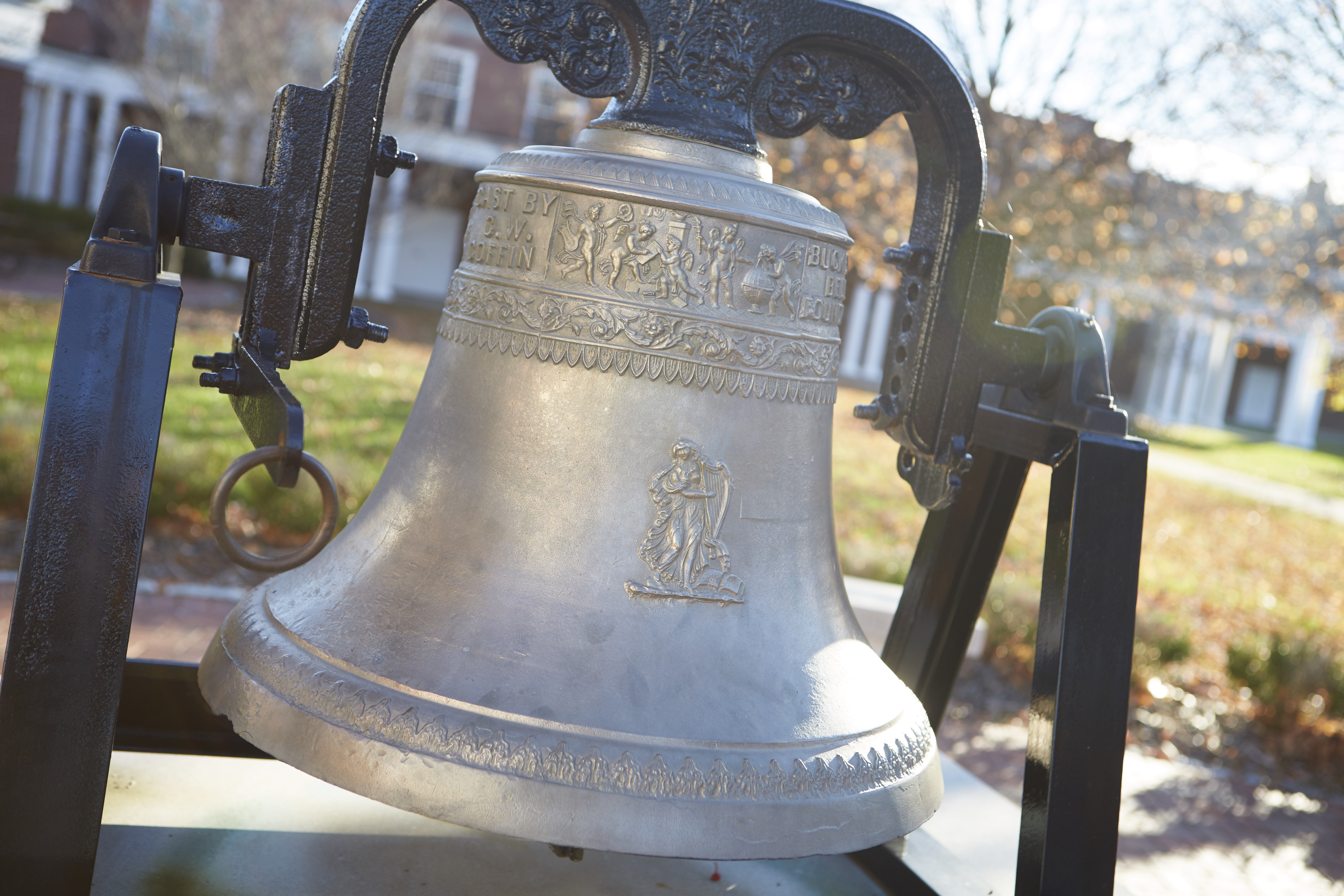 Victory Bell: No matter what time teams return to campus from a win, student-athletes take a turn ringing the Victory Bell outside the MAC — often late into the night. In order from seniors to freshman, every team member is proud to line up for the ritual. The sound signals a team victory — both a reward and motivation for future wins. It may also occasionally awaken the Head of School, whose residence is just adjacent to the bell.

Morning Meeting: All-school Morning Meeting is held in the Chapel on Mondays and Fridays and led by the student body president and vice president. Morning Meeting is the time when the WRA community gathers to share school news and sing the alma mater, Old Reserve, together as one community. It's a place to celebrate accomplishments, listen to announcements and enjoy other traditions, like Senior Speeches. Frequent elements of Morning Meeting include poetry readings, musical interludes and sneak peeks of upcoming performances. It's a time when hard work is applauded and classmates from all dorms and all years sit together. Seniors traditionally sit downstairs in the front of the Chapel. At the end of every academic year there is a moving up ceremony where freshmen move up to new seats and join their peers downstairs. Often Morning Meeting ends with the simple question: "Are there any more announcements for the good of the Academy?"

The Bench Swing: Located along Brick Row, the bench swing is a Reserve fixture — perhaps the most viewed spot on campus, thanks to its starring role on an episode of ABC's The Bachelor in 2016. Caila Quinn '10 famously brought her boyfriend on a hometown date to Hudson which included visiting her alma mater WRA. Students are often seen gathering around the swing and enjoying the beauty of campus from the spot. It's also the site of many family photos for those in the WRA community and beyond.

Camp Wise: Freshmen unite at the annual Camp Wise trip held every August before the start of school. Incoming new students (and often new faculty and staff too) enjoy a three-day orientation at overnight camp in Chardon, Ohio. The trip is filled with ice breaker games, high ropes courses, zip lining, canoeing, campfires, sleeping over in cabins and meeting with student leaders who share memories, advice and traditions.

Gauntlet: Every year, upperclassmen greet all new students with the Gauntlet — traditionally held after an initial meeting in the Chapel before start of school. The enthusiastic line up of students includes hand-made posters, cheers, fist pumps and smiling faces. This long-running tradition is an event rising seniors look forward to each new school year and just one early sign for freshmen of Reserve's supportive community. Even despite the daunting name!

The Green Key: A student-centered space with couches and games, the Green Key gives students an opportunity to gather in an unstructured way. TGIF in the Green Key is a time to hang out after the school week is over, see friends from every dorm, play pool, dance, sing, listen to music and have snacks. It's on the lower level of Ellsworth Hall, but it's often described as feeling like you're not on campus. The Green Key is also open on Saturday nights and for game watching often on Sunday afternoons. Sports teams, clubs, dorms and advisory groups use the Green Key for team feeds and activities, too. 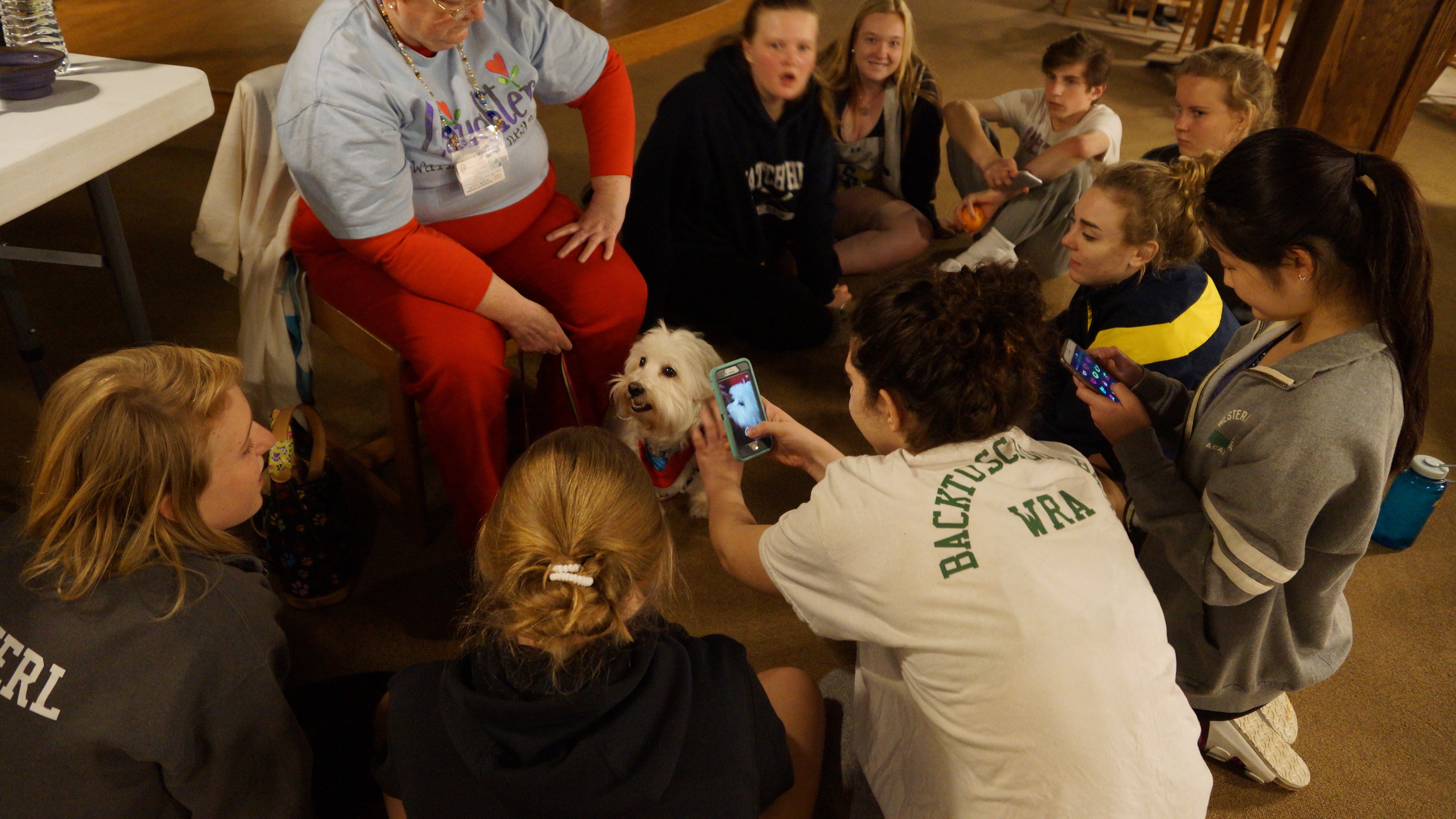 Students Who Care: Students Who Care is one of many clubs on campus — at last count there were almost 60! But SWC is especially 'nice' — it's focused on balance, wellness and student support. The club creates events to de-stress and unwind through activities like meditation, board games, coloring and visits from pets. From fashion to skiing to board games, every interest is captured in our clubs. And they all share the spirit of support championed by SWC.