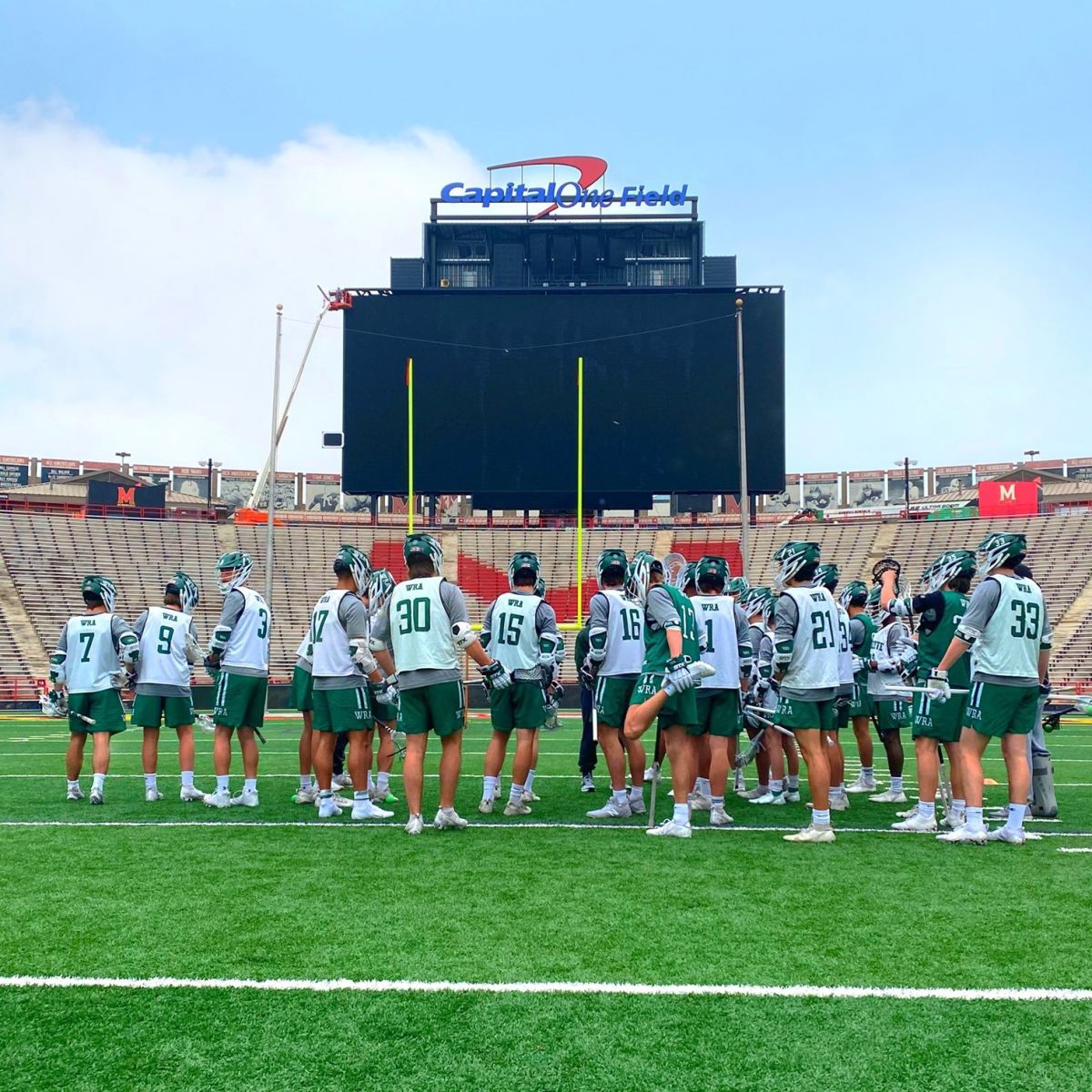 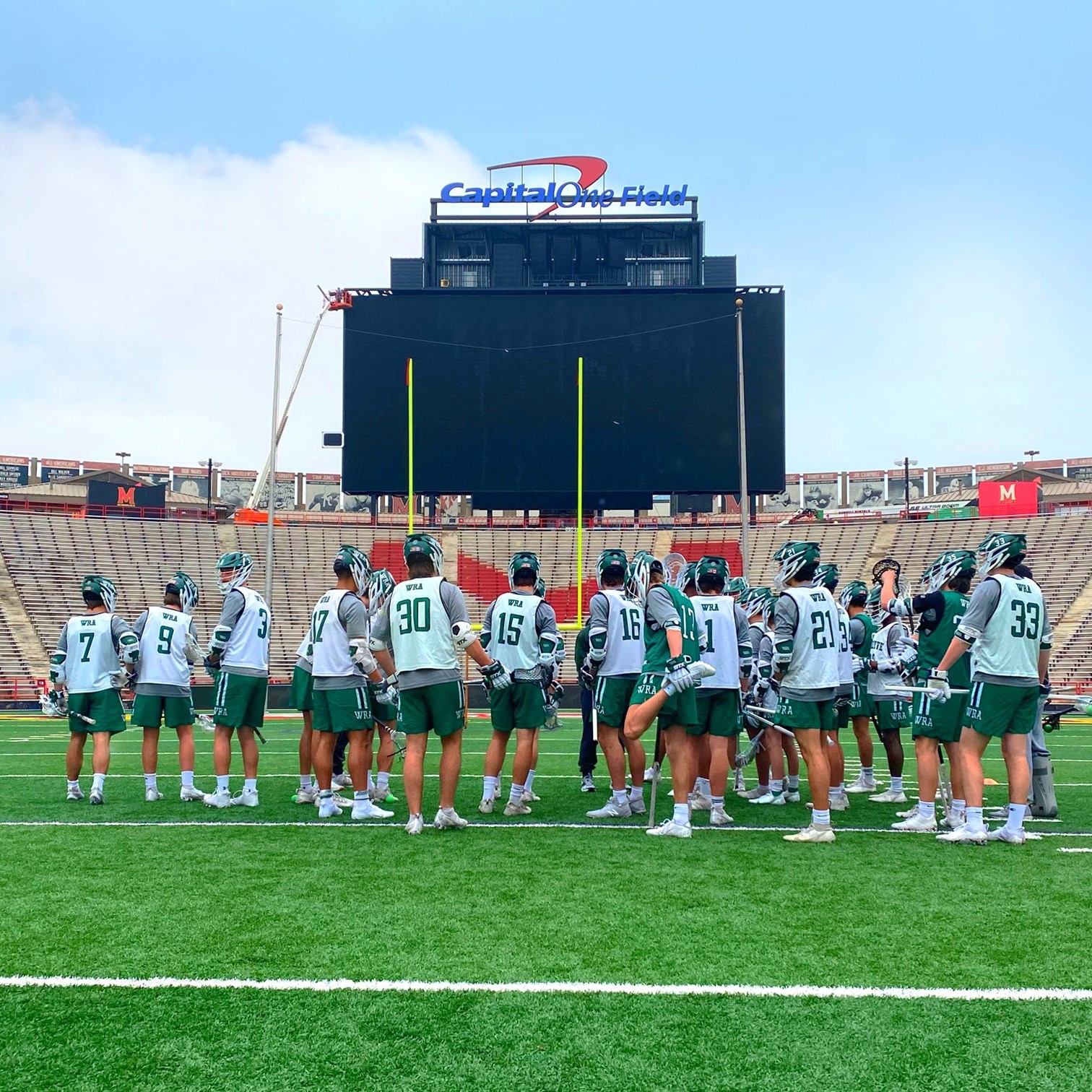 The Boys Lacrosse team packed up and headed to Maryland last week with three opponents on the docket: Georgetown Prep, Archbishop Spalding and Calvert Hall.

All three of the Maryland-based schools were ranked in the top 12 in the country heading into the season. Calvert Hall and Georgetown Prep were ranked 6th and 9th respectively in the preseason polls, making for what will likely be the Pioneer's toughest stretch of games this year.

WRA faced Georgetown Prep in a noon game on Wednesday, with wet conditions and an overcast sky setting the scene for a gritty, hard-fought game. The first half was relatively low-scoring as WRA trailed 4-2, and near the end of the third period the score stood at 6-5 in favor of the Hoyas. A flurry of goals from Georgetown Prep in the fourth gave the Hoyas a comfortable lead, as WRA would fall 12-6.

Between games, the team had the grand opportunity to practice at Maryland Stadium in College Park, where the Terrapins of the University of Maryland have long been national frontrunners in college lacrosse.

On Thursday, it came time to square off with Archbishop Spalding, who was ranked 16th nationally heading into the game. The score line ended up being 13-8 in favor of Spalding, but Reserve played with toughness and knitted together some impressive sequences to put the ball in the net.

To finish out the three-game series, Friday's game with Calvert Hall took place under the lights at the Cardinals' stadium. Calvert Hall, whose only loss of the year came to #1 ranked St. John's, displayed tenacious defending and goaltending as they held WRA to 6 goals, scoring 12 of their own.

The Pioneers had many takeaways from the trip, gaining character-building experiences and committing themselves to the hard grind of improving. As it has been said, "To become the best, you must compete with the best." Aside from taking the field and staying competitive with nationally-ranked teams, the Pioneers also got to practice at the facilities of Johns Hopkins University, another perennial lacrosse powerhouse.

Even though the results didn't always go the Pioneers' way, the trip will leave a positive mark on this team throughout the rest of the season.

"Unfortunately, we didn't get the outcomes that we were hoping for, but we grew immensely from the experiences," said Head Coach Dylan Sheridan '02. "We were fortunate to practice at the University of Maryland and at Johns Hopkins, which was a pretty neat opportunity... We're excited to finally play a home game."

WRA will have that opportunity when they host St. Edward High School on Wednesday, March 30 at 4:30 PM.